NATO urged to step up response to Arctic security challenges 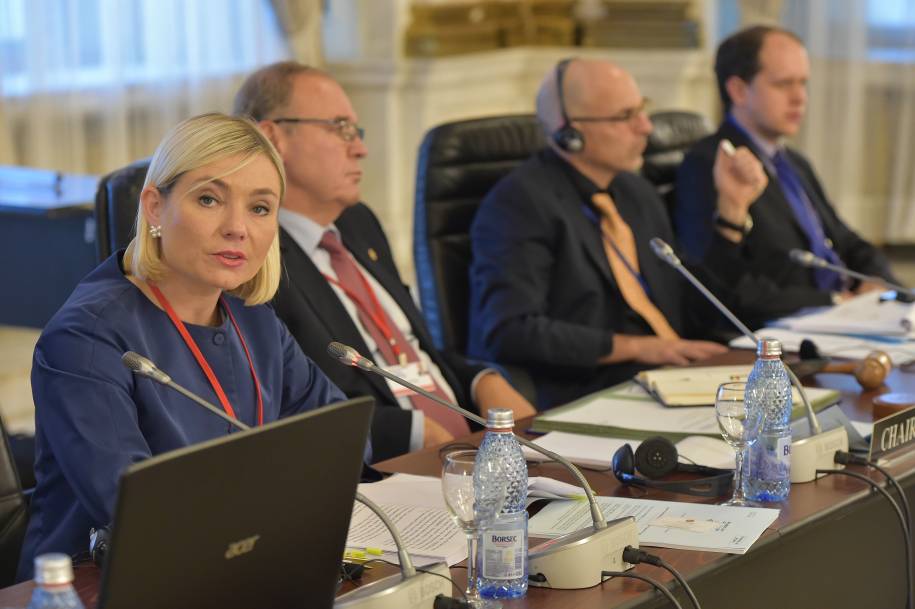 Bucharest, 7 October 2017 – NATO needs to step up its response to a fast-changing security situation in the Arctic, according to a report approved Saturday by lawmakers from across the Alliance.
Action should include more military exercises in the region and the formation of an “Arctic task force” at Alliance headquarters to assess emerging challenges in the High North, according to the report presented at the NATO Parliamentary Assembly’s annual session in Bucharest.
“More than ever since the Cold War, the Arctic is a region of strategic importance to the Alliance, a trend reinforced by climate change as a ‘threat multiplier’,” cautioned US Congressman Gerald E. Connolly, who drafted the report.
Connolly recalled that the Arctic has been an area of cooperation among NATO allies and Russia, despite tensions elsewhere. However, he said, climate change had the potential to raise tensions as it increases competition for previously ice-bound natural resources and sea routes.
“There are clouds gathering at the horizon and we don’t know what impact they will have,” Connolly said ahead of a vote to approve his report in the NATO PA’s Political Committee. “Climate change has the potential to be a game-changer in the region - with perhaps profound strategic implications.”
The wider security implications of global warming were taken up in the NATO PA’s Economic and Security Committee. Icelandic lawmaker Lilja Alfredsdottir, said climate change was increasing the incidence of natural disasters, creating new security risks.
“Flooding and similar climate-induced events, which can trigger mass migration, are the kind of human security challenges that can quickly become transnational security issues,” she warned.
Her report, adopted by the committee, said greater investment in alternative energies would boost national economies and improve security by reducing the impact of climate change and lessening the dependency of allied nations on imported fuel.
“These technologies will be cleaner and make our societies less dependent on importing energy from unstable regions or from countries with interests that are often at odds with our own,” Alfredsdottir said. “In short, coping with the problem of climate change does not run up against our strategic interests. It actually supports those strategic interests.”
Prof. Andreas Goldthau, of London’s Royal Holloway University of London, highlighted another possible climate change impact with security implications – the risk of collapse in countries currently dependent on oil, gas or coal if the world follows through on commitments to transition to a low-carbon economy.
“Those countries, particularly in the Gulf but also countries like Nigeria and maybe even Angola, might actually face a double whammy,” Goldthau said. “Over the next 15 or 20 years a large chunk of their reserves will become stranded assets, you can’t invest in them anymore, the national treasure will become worthless.”