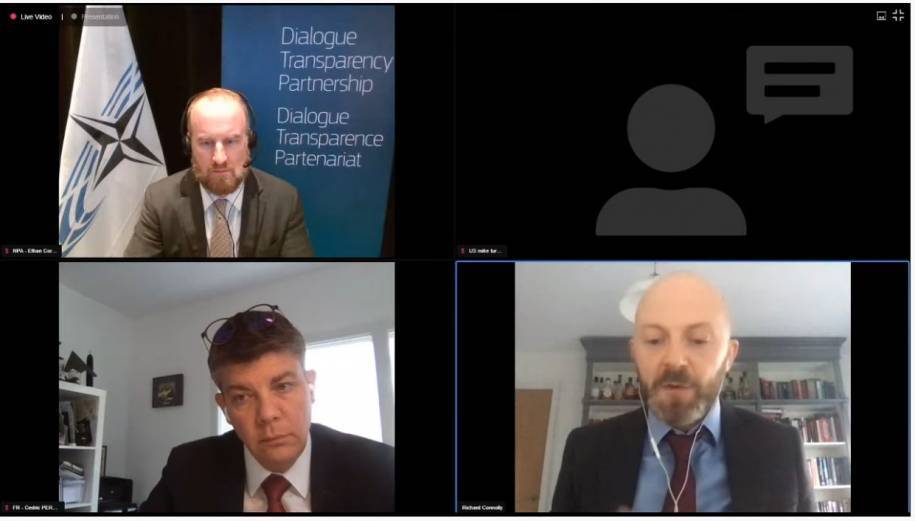 NATO nations were urged Sunday to remain wary of Russia’s global ambitions despite the reported potential impact the coronavirus may have on its defence spending power. The country’s evolving use of hybrid warfare through propaganda, proxies and private military companies was highlighted as particularly concerning.

A draft report presented to the NATO Parliamentary Assembly’s Defence and Security Committee also warns of new advances made by Russia in electronic warfare that have been tested in Ukraine and Syria, and which even surpass some Allied capabilities.

“Russia’s power to disrupt the existing global order is growing,” said French Senator Cedric Perrin. Its leaders' remarks, he said, suggest “that Russia will continue to use its newfound power to try to reshape the international system to suit Russian interests.”

The draft report, compiled by Perrin for endorsement at the NATO PA’s 66th Annual Session, urges Allied governments to at least maintain their current levels of defence investment, even as the pandemic eats into their economies.

Perrin said Russia “seeks to undermine the very values and institutions that we all hold most dear,” but that with unity and by understanding the threat nations can bolster “our individual and collective capacities to meet and overcome this and any other challenge.”

In terms of military spending, the report notes that Russia was largely successful in reaching the target of 70% modern equipment set out in its first ten-year State Armament Plan (SAP 2020). Strategic nuclear forces and defence aerospace surpassed targets, while maritime and land forces did not do as well. Future spending in SAP 2027 will focus on the Russian army, notably elite rapid reaction forces.

Richard Connolly, Director of the Centre for Russian, East European and Eurasian Studies at the University of Birmingham told the Committee that Russia’s defence spending levels are often underestimated due to the use of market exchange rates, rather than the more reliable metric of purchasing power parity.

“We can see what Russia actually invests [in military R&D] is just under half of what the United States invests on military R&D,” he said. “This will enable Russia to punch above its economic weight over the course of the next decade, and I would expect it to field new platforms.”

Connolly noted that Russia’s military weaknesses lie in a lack of big blue water naval vessels and modern fighter jets, even though it remains strong in the production of standard combat aircraft and ballistic missiles.

He urged Allies to draw lessons from Russia’s use of other non-military capabilities like oil and gas supplies, nuclear power plants, weaponry exports or food. He said Moscow is using economic instruments to good effect in South East Asia, North Africa and the Middle East, but is also penetrating markets in South America and Sub-Saharan Africa.

“We need to avoid complacency in our assessment of Russia’s ability to sustain what the U.S. calls great power competition, a more assertive foreign policy,” Connolly said.

However, defence spending cuts loom due to the impact of international sanctions on Russia, a significant drop in energy revenue due to market pressures and to the loss of Ukraine as a defence industrial exchange partner, the draft report says.

“The COVID-19 pandemic is having a significant impact on the Russian economy, both due to the broader economic slowdown, but in particular due to the near collapse of the oil markets earlier in the year,” Perrin said.

It also notes that Russia’s use of private military contractors has been vital to its operations in Ukraine and Syria while complicating conflicts in Libya and the Central African Republic. It suggests that Moscow will use them more often to intervene in other global hotspots.