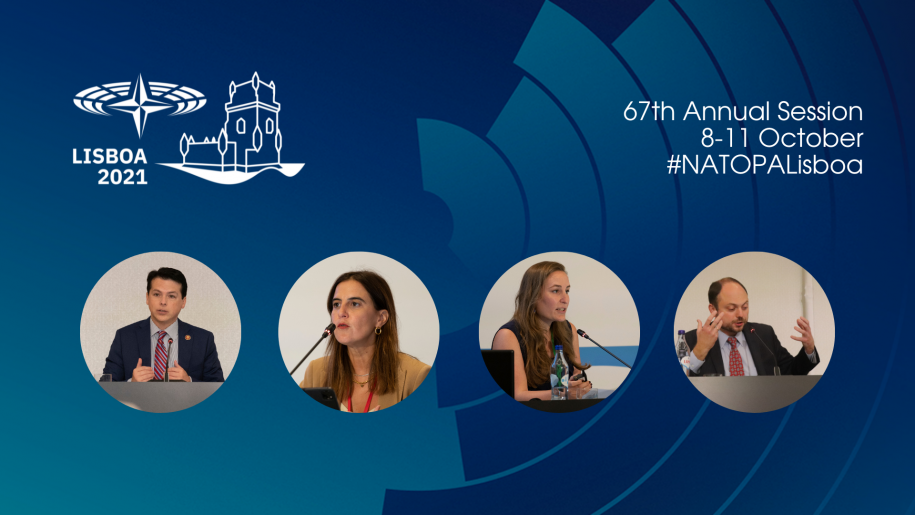 LISBON - NATO Allies must keep a close watch on Russia and China as they work to undermine the international rules-based order with aggressive foreign and defence policies that confirm their rejection of Western values, parliamentarians from NATO countries and analysts warned Saturday.

In a series of draft reports, resolutions, and presentations, several committees taking part in the NATO Parliamentary Assembly’s 2021 Annual Session in Portugal weighed Russia’s increasingly assertive military behaviour and the impact of China’s rise and its military posture.

“The synergy between these two countries can be expected to grow, including in the military field,” said US Congressman Brendan Boyle. “The Allies should definitely closely monitor Beijing-Moscow collaboration and share information and analysis, possibly by creating a designated unit” at NATO.

Presenting a draft report to the NATO PA’s Political Committee, Boyle said there is no point in appeasing Russia to try to pry them apart. “We should concentrate on demonstrating consistency, predictability and commitment to the rules-based order in our relations both with China and Russia,” he said.

The parliamentarians agreed that NATO’s review of its Strategic Concept – the 30-nation political-military alliance’s updated mission statement set to be unveiled at a summit in Madrid next summer – offers a unique opportunity to highlight the threat that Russia and China pose to their values.

In the Defence and Security Committee (DSC), Meia Nouwens at the International Institute for Strategic Studies noted that the China-Russia “relationship poses a challenge to NATO with regards to burden sharing and where to focus attention and resources.”

A draft resolution, to be voted on at Monday’s Plenary Session in Lisbon, urges Allies to underline in the Strategic Concept that “Russia’s aggressive actions pose the most immediate threat to Euro-Atlantic security and NATO’s shared values of individual liberty, human rights, democracy, and the rule of law.”

Separately, a draft report on the implications of China’s defence posture, recommends that Allies seize on the opportunity presented by the review “to position the Alliance as an anchor of regional and, by extension, global stability and defender of values and ideals enshrined by the Washington Treaty.”

“As NATO officially positions itself in a world with a globally strong China, it is best to make it clear what the Alliance stands for, rather than against’” said the report, by Portuguese deputy Lara Martinho in the DSC’s Sub-Committee on Future Security and Defence Capabilities.

The report notes that Beijing is investing in modern armed forces capable of defending China’s growing global interests. The country does not pose an immediate threat to NATO Allies but is increasingly becoming “an over-the-horizon challenge.”

As demonstrated yet again by NATO’s decision this week to withdraw the accreditation of 8 members of Russia’s delegation for “undeclared intelligence officers,” Moscow’s malign activities continue in the Euro-Atlantic area and the Alliance’s defence and deterrence posture must adapt, experts said.

Within Russia, President Vladimir Putin’s use of election manipulation, ballot stuffing, coercion and the banning of candidates has “transformed an imperfect democracy into the perfect authoritarian system” opposition politician Vladimir Kara-Murza told the Political and Economic and Security Committees.

In a separate draft resolution on committing to stronger deterrence and defence towards 2030, the NATO PA urges Allies to continue “pursuing a dynamic deterrence posture against Russian aggression while remaining open to meaningful dialogue when possible.”

The resolution in the DSC also calls for a “comprehensive and joint transatlantic strategy toward China, ideally seeking cooperative engagement when possible, but also preparing to meet any challenges China’s rise may pose to transatlantic security and the international rules-based order.”