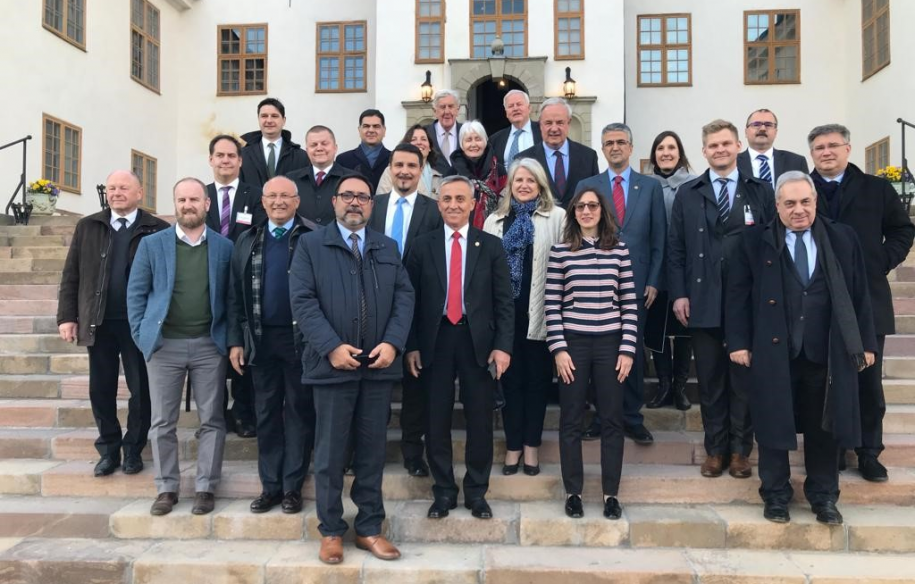 Stockholm, 10 May 2019 Sweden diligently to develop a dynamic new security posture focused on domestic resilience, stronger armed forces, and enhanced security partnerships with partner nations. The Nordic country is in the center of an increasingly complex new security environment. The most obvious driver of changing perceptions is an increasingly aggressive Russia, which is unsettling the neighborhood via high-stakes military brinkmanship, disinformation campaigns, and cyber-attacks.

Speaking to a delegation of NATO member state parliamentarians visiting Stockholm on Monday, Swedish Defence Minister, Peter Hultqvist, was clear about Russia’s role in driving Sweden’s new defence efforts. “Prior to the annexation of Crimea, it was not normal to discuss any Russia challenge in Sweden. Russia’s seizure of territory in Ukraine woke people up to the severity of the challenge. Sweden immediately joined international sanctions efforts against Moscow and worked to support NATO’s new posture.”

Sweden became an Enhanced Opportunity Partner with NATO just months after Russia’s illegal annexation of Crimea in 2014. Two years later, it signed a memorandum of understanding with the Alliance to agree to provide logistical support to NATO forces during exercises, crises, or operations involving the use of or transit through Swedish territory.

Sweden took other strategic steps in years following Russia’s intervention in Crimea. In 2015, Sweden made a decision to remilitarise Gotland; a key strategic Swedish island in the Baltic Sea. Sweden then moved to increase its interoperability with regional, as well as NATO and EU, armed forces via more exercising and strengthened mutual commitments of assurance. Sweden’s role in the large-scale NATO exercise Trident Juncture in November 2018 is seen as a clear signal of Swedish commitment to the defence of its regional partners and its willingness to cooperate with NATO in the event of a contingency.

Further, Sweden has sought to increase the capabilities of its national armed forces. Sweden is committed to buying the Patriot surface-to-air missile system, it has procured two new submarines for its navy, and it is investing in new Gripen fighter jets for its air force. Perhaps the clearest signal of the change in Sweden’s national defence posture, Defence Minister Hultqvist noted, “is our decision to reactivate national conscription, which is now occurring at the rate of 4,000 annually and will double in the coming few years.”

All mainstream political parties in the 2018 elections campaigned for a strong national defence posture. Swedish MP Karin Engström, Head of the Swedish Delegation to the NATO Parliamentary Assembly, noted the alignment of parliamentary views on the need for increased Swedish defence efforts. “There is a clear understanding in Sweden today of the need to reinvest in our domestic defence capabilities, from our armed forces to increased civilian resilience, as well as to find the means to strengthen cooperation with our partners.” She continued by underscoring the role interparliamentary cooperation can play in this effort: “Closer cooperation with our peers in the NATO Parliamentary Assembly provides an important venue for the exchange of best practices and ideas: Many of our nations face similar challenges today.”

Last fall the Swedish government distributed a pamphlet to all households across the nation in an attempt to encourage people to think about their preparedness in the event of a crisis or war. The pamphlet posits scenarios from natural disasters to terrorism to even armed invasion, outlining the steps necessary for people to take to ensure their survival in the instance state assistance is temporarily unavailable. The pamphlet is in line with concerted new efforts to build societal resilience in Sweden today.

As Bjorn von Sydow, Chair of the Defence Commission, told the delegation: “We are working across all sectors of society today to coordinate a plan for total defence in Sweden – it will be a whole-of-society approach to guarantee societal readiness for any type of contingency.” Von Sydow said there had been a post-Cold War gap in funding for civilian defence efforts. However, funding returned to civilian defence planning significantly in 2018. Sweden recognises that the unpredictability of today’s security environment necessitates such steps – the nation must be prepared to stand up together and defend itself against whatever challenges it may face. The Swedish Defence Commission will publish its report on national defence next week.

The joint visit of the Committee on the Civil Dimension of Security and the Defence and Security Committee met with Swedish government officials, military personnel, and subject matter experts from 6-8 May. Attila Mesterhazy (Hungary), Chairperson of the Sub-Committee on Transatlantic Defence and Security Cooperation, led the delegation of members of parliament from 13 NATO member states, which included NATO PA President, Madeleine Moon (UK).