No Time to Relax on Budgets, R&D, NATO allies warned 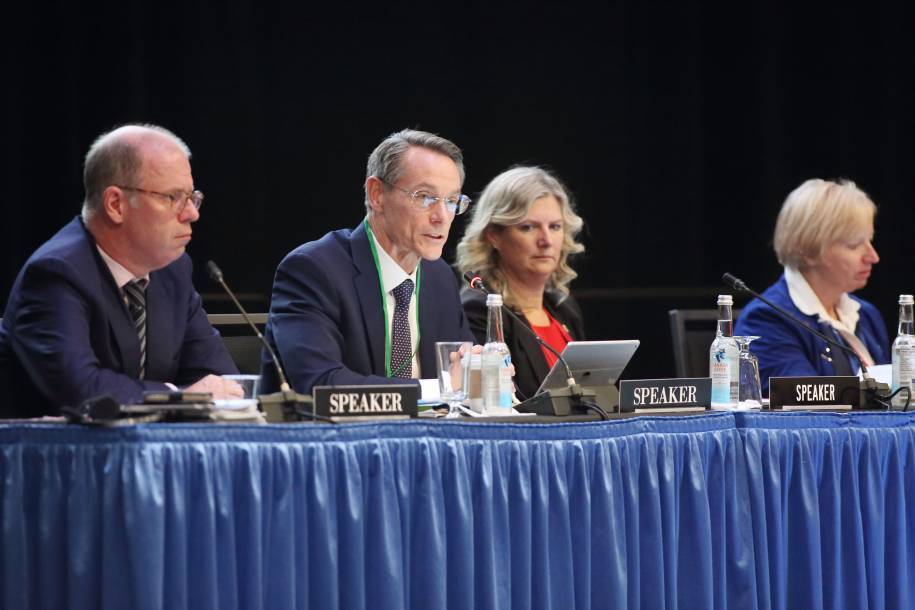 Halifax, Canada, 18 November 2018 – NATO Allies must redouble their efforts to respect their defence spending pledges, particularly on research and development, if the transatlantic alliance hopes to defend its members against rapidly-evolving security threats, parliamentarians from NATO nations were warned Sunday.

At the NATO Parliamentary Assembly’s Annual Session in Canada, lawmakers and experts underlined that conflicts have moved from being fought at marching pace and at “whites of the eyes” distance to the speed of 5G, waged by often unclear adversaries from other continents.

Debate focused on NATO’s tendency to look for lessons from past experiences, rather than seeking to understand the scope and size of future threats.

“Our danger as an Alliance is to be preparing for the previous war, not for the realigning our paradigms and positioning ourselves for the conflict we may face in the future,” Canadian lawmaker Leona Alleslev told members of the NATO PA’s Science and Technology Committee.

In a draft report, Alleslev urges Allies to spend a minimum of two percent of GDP on defence, including more than 20 percent on major equipment and research and development. Nations should spur defence technological innovation, to which the combined efforts of NATO Allies can help bring added value.

Auke Venema, Dutch representative to NATO’s Science and Technology Board, warned of the danger that budget shortfalls could exacerbate a development lag, saying “we are in a difficult spot as an Alliance. We are no longer sure that we are at the cutting edge, that we are ahead.” He added: “It’s no time to sit back or relax.”

“It is critical to have more means available as soon as possible, because if we don’t start sowing the seeds today we will have more difficulties in five or 10 years’ time than we can now imagine,” Venema said.

Gordan Davis, Deputy Assistant General at NATO’s Defence Investment Division, highlighted the importance of speeding up the development of military capabilities to help the Alliance “regain our edge.”

Doing so would also “broaden the current narrow focus on defence spending amongst the heads of state and governments and turn that into real, critical output, not just burden sharing for a percentage’s stake,” Davis said.

In the Assembly’s Defence and Security Committee, the lawmakers endorsed a draft resolution urging allies to redouble their efforts to meet the spending guidelines and quickly submit credible plans for achieving those aims by 2024.

The resolution, guided through the assembly by Hungarian legislator Attila Mesterhazy, urged lawmakers to question their national defence establishments about how their countries are responding to NATO’s spending requirements to ensure that contributions are put to best use.