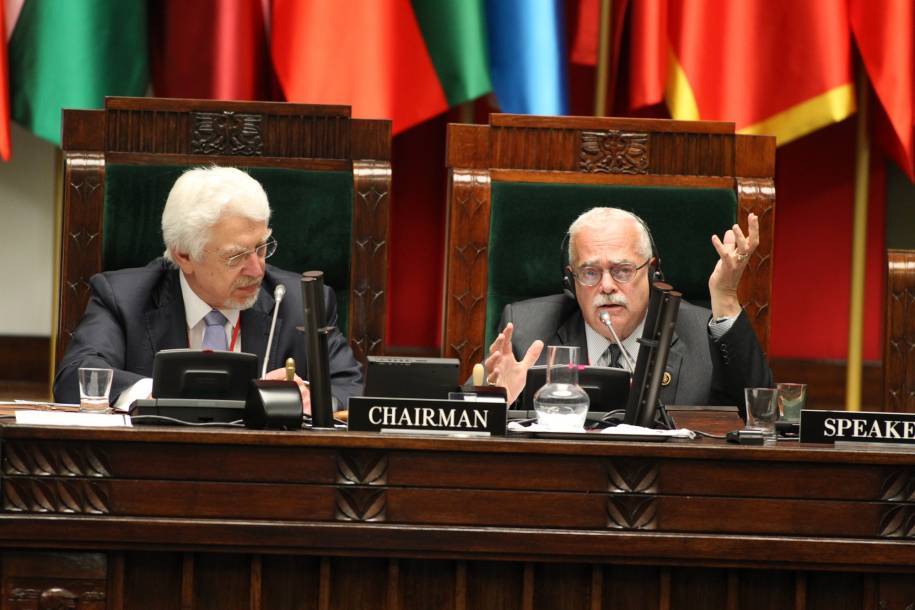 Warsaw, 27 May 2018 – Parliamentarians and experts on Sunday welcomed progress in North Korean nuclear talks, but differed over whether it’s possible to secure a lasting agreement leading to a Korean Peninsula without atomic weapons.

As a US negotiating team crossed into North Korea, reportedly to prepare talks between its leader Kim Jong-un and US President Donald Trump, members of NATO’s Parliamentary Assembly debated a draft report on the security challenge of Pyongyang’s programme.

“We can’t develop amnesia about North Korea. We can’t pretend the past did not occur,” said US Congressman Gerald Connolly, noting that Pyongyang has walked away from previous deals. “We need to manage expectations.”

Connolly, whose draft report was debated in Warsaw in the NATO-PA’s Political Committee, warned Trump’s decision to pull out of the Iran nuclear deal means that any North Korea pact must be comprehensive, which may be difficult to negotiate.

“If we’re going to rip up the Iran agreement because it was inadequate, though working, then the goals for North Korea must be absolute. That means absolute denuclearisation,” he said.

The report argues that even though NATO is not oriented toward Asia, “North Korea’s steady advance towards a nuclear-armed intercontinental ballistic missile constitutes a global threat that demands the engagement of NATO and its member states.”

In the Science and Technology Committee, Antoine Bondaz from France’s Foundation for Strategic Research expressed cautious optimism after recent high-level meetings and a halt to nuclear tests.

He said North Korea views nuclear weapons as political tools that legitimise Pyongyang’s great power ambitions and Kim Jong-un’s own status as a leader. “They are part of the regime’s identity,” he said.

Bondaz noted that the current halt suits North Korea because it needs to buy time to adapt its economy to current sanctions and is in no rush to bring any more down upon itself.

In any case, Connolly’s draft report maintains, sanctions have had a limited effect because the North’s economy is relatively isolated and Pyongyang has developed methods of evasion like shell companies, foreign-flagged ships, and criminal activities.

In contrast, Soo Hyuck Lee, Head of South Korea’s delegation, who has played a past role in nuclear talks, said he was buoyed by latest developments.

“We nurture a blissful optimism instead of cautious optimism,” he said, in reference to Bondaz’s presentation entitled: Cautious optimism should prevail in the Korean Peninsula.

Lee said Trump seems convinced Kim Jong-un is more concerned about his own survival than the survival of his weapons programme. The key issue is which one they will compromise on first.