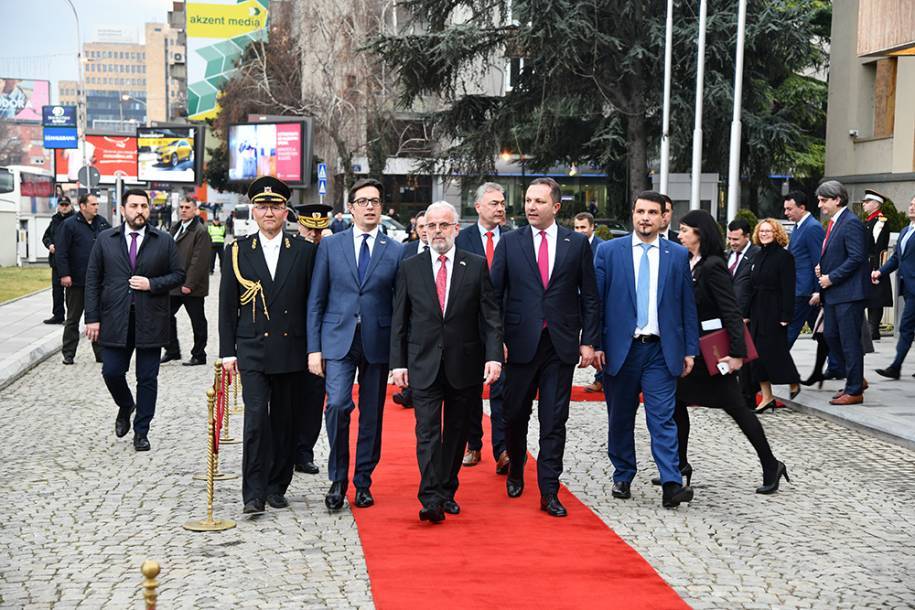 “I wholeheartedly congratulate our friends for this momentous achievement. I am thrilled that the country now becomes part of our transatlantic family,” said NATO PA President Attila Mesterhazy (Hungary).

“North Macedonia’s NATO membership brings new stability and prosperity for its people, strengthens our unique NATO alliance, and should inject renewed energy into resolving outstanding issues in the Western Balkans.

“North Macedonia’s accession was made possible by political leadership and courage when Skopje and Athens agreed upon the 2018 landmark Prespa agreement, leading to the resolution of the long-standing name issue. Over the years, North Macedonia has also demonstrated that it was ready and willing to contribute to Euro-Atlantic security.

“I am also delighted that the European Union decided to open accession negotiations with North Macedonia (and Albania) on Wednesday. This decision is long overdue and puts North Macedonia firmly on the path to full European integration.”

“I am looking forward to the Assembly of North Macedonia joining as full members at the next meeting of the NATO PA. Once again, I want to thank all NATO PA delegations for playing such an active role in securing prompt ratification.”

The Republic of North Macedonia was invited to join NATO in July 2018 and the Accession Protocol to the North Atlantic Treaty was signed in February 2019. This launched the ratification process in the national parliaments of all NATO member countries as well as in Skopje. The NATO Parliamentary Assembly, which brings together leading members of parliament from all NATO member countries, played a key role in actively monitoring and encouraging parliamentary ratification of the accession.

The Assembly in Skopje has been an Associate Member of the NATO PA since March 1996.