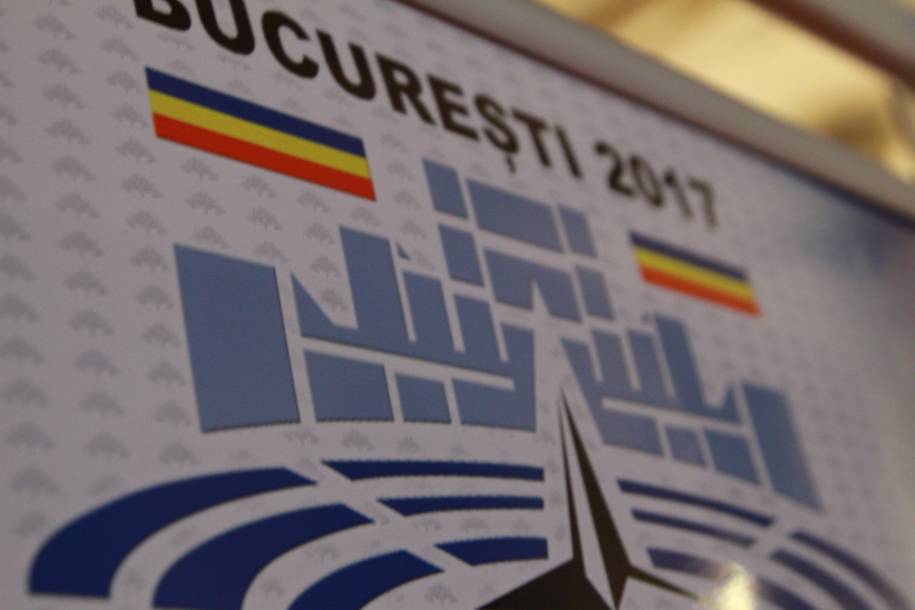 Bucharest, 4 October 2017 - Parliamentarians from NATO nations gather this week to assess challenges facing the Alliance, including tense relations with Russia, security around the Black Sea, terror threats emanating from Middle East conflict zones, and new trends in information warfare.
NATO Secretary General Jens Stoltenberg and Romanian President Klaus Iohannis will join other top officials and security experts to address deputies from 6-9 October during the NATO Parliamentary Assembly’s Annual Session in Bucharest.
In a series of resolutions, the lawmakers are expected to urge Allies to respect pledges to increase military budgets, reduce fragmentation of the European defence industry, maintain NATO’s technological edge and deepen ties with the European Union.
Rising tensions with North Korea in the wake of its nuclear and missile tests, NATO’s Resolute Support mission in Afghanistan, challenges posed by energy needs and climate change, as well as security in the Arctic region are also high on the agenda.
“Over the four days of our session, we will review the progress achieved in adapting NATO’s deterrence and collective defence to today’s threats,” NATO PA President Paolo Alli said ahead of the meeting.
Lawmakers will review the Alliance’s relations with Moscow in the wake of Russia’s controversial Zapad military exercises with Belarus, close to NATO’s borders in Poland and the Baltic states.
They are expected to call for a continued commitment to a determined Allied deterrence posture against Russian provocations, including strong support for the around 4,000 troops deployed to the eastern borders as part of NATO’s Enhanced Forward Presence and for the strengthened presence in Romania and the Black Sea. At the same time, members will likely urge the Alliance to keep open the current channel for dialogue provided by the NATO-Russia Council.
NATO’s southern flank will also come into focus. Six years of war in Syria and ongoing sectarian strife in Iraq continue to destabilise the Middle East and North Africa region, sending more refugees fleeing for Europe’s shores and providing recruits for Daesh.
Deputies will also debate the situation in Libya, which has become the main departure point for migrants setting out by sea across the Mediterranean, a potential new base for Daesh extremists following the group’s military defeats in Syria and Iraq, and another area where Russia seeks to extend influence.
“We must be vigilant and prevent the emergence of new terrorist havens or the re-emergence of old ones,” Alli said, referring also to the Alliance’s continued commitment to security in Afghanistan.
The Bucharest Annual Session will bring together around 300 delegates from the 29 NATO nations - plus 23 associate and observer countries. NATO PA represents members of national parliaments, forming an essential link between the Alliance and citizens across the Euro-Atlantic area.