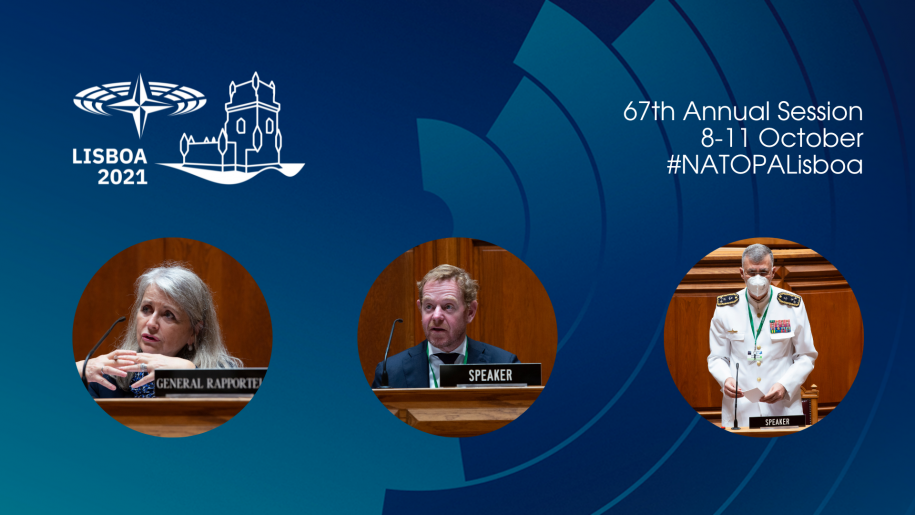 LISBON – Lawmakers from across Europe and North America called Saturday on the NATO Alliance to build up whole-of-society resilience in the face of a broad range of modern-day challenges that go well beyond traditional security threats.

Besides conventional threats that the Alliance has long been confronting, NATO nations must be better prepared for the growing danger of cyber-attacks on critical infrastructure; disinformation efforts seeking to undermine democracies and weaken societal unity; the impact of climate change; and the risk of health emergencies exemplified by the COVID-19 pandemic, said members of the Assembly, which represents lawmakers from the 30 Alliance members and partner nations.

Garriaud-Maylam drafted a resolution, adopted by the Assembly’s Committee on Democracy and Security (CDS), containing concrete recommendations for Alliance policy makers on how to strengthen resilience against such risks.

They urged NATO governments to boost cooperation between the armed forces, public authorities, the private sector, and citizens in crisis preparedness and response; to improve communication and education on resilience for civil sector actors and the general public; and to create a Centre for Democratic Resilience within NATO to support Allies in strengthening democratic systems and institutions.

Resilience should be at the heart of discussions on updating NATO’s Strategic Concept and the ongoing NATO2030 process to ensure the Alliance can face the challenges of today and tomorrow, parliamentarians said.

“The Alliance's ability to recover quickly from a shock is its first line of defence,” said the draft resolution. “Maintaining credible collective deterrence and defence is intrinsically linked to strengthening the resilience of Allied societies and democracies.”

Addressing the Assembly, David van Weel, NATO’S Assistant Secretary General for Emerging Security Challenges, outlined the impact of climate change on resilience and insisted the Alliance needs to follow through on commitments to tackle the security challenges posed by the world’s “most pressing” problem.

“If NATO wants to continue protecting the safety and security of its 900 million citizens, it needs to address the challenge of climate change head on,” he told the CDS.

Legislators also highlighted the impact of COVID-19 on Allied resilience and recognised the pandemic as “a painful reminder of the need for Allied governments and societies to strengthen their preparedness and capacity to respond to all types of crises.”

NATO should draw lessons from the pandemic in the field of resilience, the draft resolution said, particularly by building up the crisis response capacity of health infrastructures, and to transpose them into crisis preparedness and response policies.

Vice Admiral Henrique Gouveia e Melo, who headed a Portugal’s vaccination task force, explained how cooperation between civil and military actors increased the effectiveness of the programme and forthright communication won over the public, helping his country achieve a world-record inoculation rate of almost 85 percent.

“We portrayed this as a battle of the community against an opportunistic and dangerous virus … this took ground away from anti-vaccination groups,” he said.