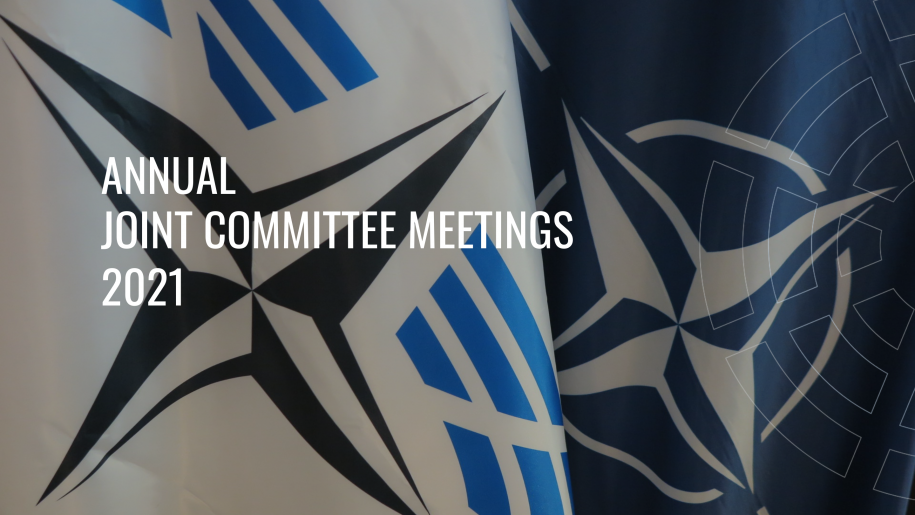 This array of ambitions provided the framework for the annual Joint Committee Meetings of the NATO Parliamentary Assembly’s Defence and Security, Political, and Economics and Security Committees. Due to the pandemic, this year’s discussions were held online on 1 and 2 March 2021. Over 150 parliamentarians from 29 Allied nations signed up to discuss these themes with NATO’s senior leaders, Ambassadorial representatives to the North Atlantic Council and key experts. As is tradition, the Belgian delegation to the NATO Parliamentary Assembly (PA) hosted the meetings, which were conducted under the Chatham House Rule.

Opening these proceedings, NATO PA President, Gerald E. Connolly (United States), stressed the importance of this year’s Joint Committee Meetings: “NATO stands at a critical juncture. Later this year, Allied Heads of State and Government will meet to discuss NATO’s adaptation for the next decade. The NATO Secretary General will present his proposals for NATO 2030. And hopefully, Allied leaders will launch a revision of NATO’s Strategic Concept, as our Assembly has recommended.” He added that “as NATO shapes its future, we must ensure that our Assembly’s voice is heard.”

The annual exchange with the North Atlantic Council (NAC) chaired by NATO Secretary General Jens Stoltenberg was the centrepiece of the meetings. All sides reiterated their strong support for the NATO 2030 reflection process and considered newly tabled proposals aiming to ensure that NATO retains its edge in a rapidly changing security landscape. The NATO PA has contributed to this process by providing recommendations to the independent Group of Experts on NATO 2030, as well as through a set of recommendations in a November declaration NATO 2030: A More United and Stronger Alliance on the Global Stage submitted to the NATO Secretary General.

In their discussions, NATO speakers and legislators agreed that enhancing societal resilience is critical at a moment when democratic institutions are under attack. Parliamentarians were especially supportive of calls to re-centre the Alliance around its core democratic ideals. Many conveyed their strong support for the creation of a Centre for Democratic Resilience in NATO – an idea Assembly President Gerald E. Connolly proposed in 2019 and strongly promoted after endorsement by the Assembly as a whole. The notion has also been included in the independent Group of Experts’ report.

Challenges linked to the COVID-19 pandemic have exposed new vulnerabilities in areas ranging from critical supply chains to gaps in public health policy which also call for greater societal resilience. Members discussed these challenges and how they relate to emerging military-security threats including cyberattacks, technological changes and concerted disinformation campaigns. NATO is working to enhance its own resilience in the face of these challenges while also factoring in the very real security implications of climate change.

The pandemic has placed enormous burdens on national budgets, and this has once again raised concerns about national efforts to meet Allied governments’ commitment to dedicate 2% of GDP to defence and 20% of defence budgets to major investments. Respectively, 9 and 24 of the 30 Allied governments are expected to reach these thresholds in 2021.

While Allies have made great progress in raising defence spending, some are still not on track to meet the commitments they made in Wales. This remains a matter of deep concern to many legislators, who continued to call for fairer burden sharing and for “holding the line” on defence spending, despite daunting fiscal and political pressures. Members agreed that if anything, the pandemic has only exacerbated security risks both to the south and to the east. Defence budgets must realistically account for burgeoning threats to peace and security.

While Russia remains a central preoccupation for NATO defence planners, NATO has also increased its awareness of the potential challenges China poses to transatlantic security. These challenges are not simply a function of its massive military modernisation program, they also arise out of industrial espionage, unfair trade practices, and Beijing’s play for a dominant position in building 5G and other critical networks. NATO needs to monitor these developments, and it is reaching out to NATO partners in the Asia-Pacific region as well as to the European Union – both to identify common interests and to share information. As is the case with Russia, NATO also wants to understand where its members’ interests might intersect with China’s. Non-proliferation and trade are potential examples, although, here as well, conflicting interests are also at play.

The discussions finally turned to how best to preserve NATO’s technological edge in the face of declining budgets and scientific strides made by Russia and China. Participants welcomed suggestions to build a “digital backbone” for Allied military power, to foster greater Allied interoperability in the face of uneven Allied technological growth and to strengthen cooperation with private sector innovators. Finally, parliamentarians recognised the critical need to develop ethical standards for the use of emerging and disruptive technologies.