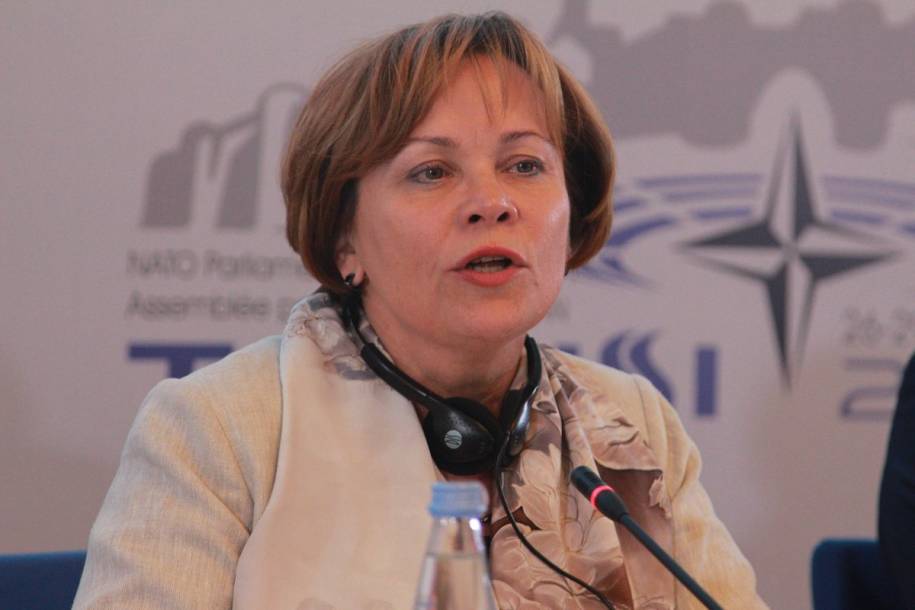 “Moscow pursues a determined and long-term plan to undermine NATO and destabilise Europe, with the ultimate goal of creating a new security architecture in Europe with Russia as the dominant player,” wrote Rasa Jukneviciene, a Lithuanian Member of Parliament, in a draft report presented the NATO PA’s Spring Session.

If NATO Allies don’t counter the Kremlin’s provocative behaviour, it will continue this approach,” she added. “Allies need to remain committed to a strong deterrence posture and support all efforts to adapt the Alliance to a dynamically changing security environment, particularly with respect to the growing prevalence of cyber warfare, disinformation and propaganda.The threat from Russia was a major theme at the Assembly meeting held just days after the NATO summit in Brussels which reaffirmed the Alliance’s ‘dual-track’ approach to Russia, combining strong defence with an openness for dialogue to increase transparency and reduce risks.

What we are really talking about is capability and readiness “Canadian Senator Raynell Andreychuk told the meeting in Tbilisi.” "NATO should have more than one plan and should be ready and capable to respond to changing security challenges from Russia quickly and efficiently if necessary", she added.

Jukneviciene’s draft report said NATO’s relations with Russia were at their lowest point since the Cold War. It blamed Moscow’s actions - from nuclear sabre-rattling and a military build-up on the Alliance’s eastern borders, to attacks on NATO partners Ukraine and Georgia and misinformation campaigns to disrupt democracy in the West.

The deterioration of the global security landscape in recent years undermines efforts to develop regional cooperation and regional identity in the Black Sea,” Schmidt wrote. “Military build-up is approaching dangerous levels, multiple conflicts remain unresolved and Russia has substantially increased its foothold in the region.NATO nations should give a higher priority to the region to support the cooperative security efforts of Ukraine and Georgia, while backing civil society initiatives to reduce tensions and developing regional cooperation in areas such as economic development, the environment, assistance to refugees and the fight against organised crime, she wrote. “A strategy is needed to turn the Black Sea from the area of confrontation to one of cooperation,” Schmidt concluded.

The Assembly also heard from Georgia’s Foreign Minister Mikheil Janelidze, who gave a rundown of the host country’s progress in strengthening democracy and moving closer to Western institutions. He underscored Georgia’s commitment to finding peaceful solutions to conflicts in the region and insisted the country’s goal of joining NATO was not directed against Russia.

Our NATO membership is about Georgia’s security, it’s about our sovereign right to be part of the free world, to be part of the world that shares the same values. It’s not against anyone,” he told lawmakers. “It’s about creating stability and security, not only in Georgia, but also in the region.The Assembly is expected Monday to pass a declaration in supporting for Georgia’s Euro-Atlantic integration.