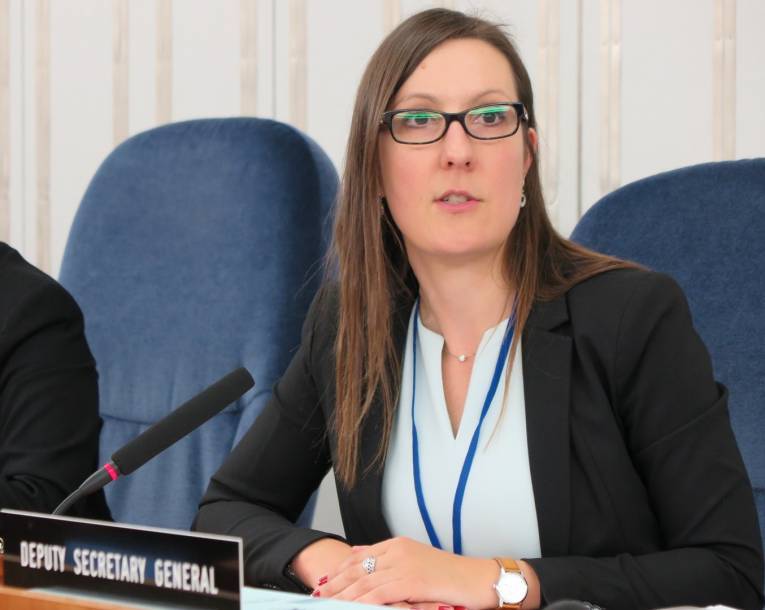 Warsaw, 26 May 2018 – The NATO Parliamentary Assembly has designated Ruxandra Popa from France as its next Secretary General, the organisation’s top administrative position.

Ms Popa is set to take office on 1 January, 2020, replacing David Hobbs of the United Kingdom whose mandate will end at the end of 2019.

Prior to joining the NATO PA, she held research and policy positions with the Brookings Institution in Washington, the German Bundestag in Berlin and the European Parliament in Luxembourg. She earned a Masters in Public Administration from at the Paris Institute of Political Studies (Sciences Po) and a Masters in in International Law from Paris’ Sorbonne university.

She also studied at the Humboldt University in Berlin and is a graduate of the 70th national session “Defence Policy” of the French Institute for Higher National Defence Studies (IHEDN).