Six years on, NATO can play a role in Syria conflict, lawmakers told 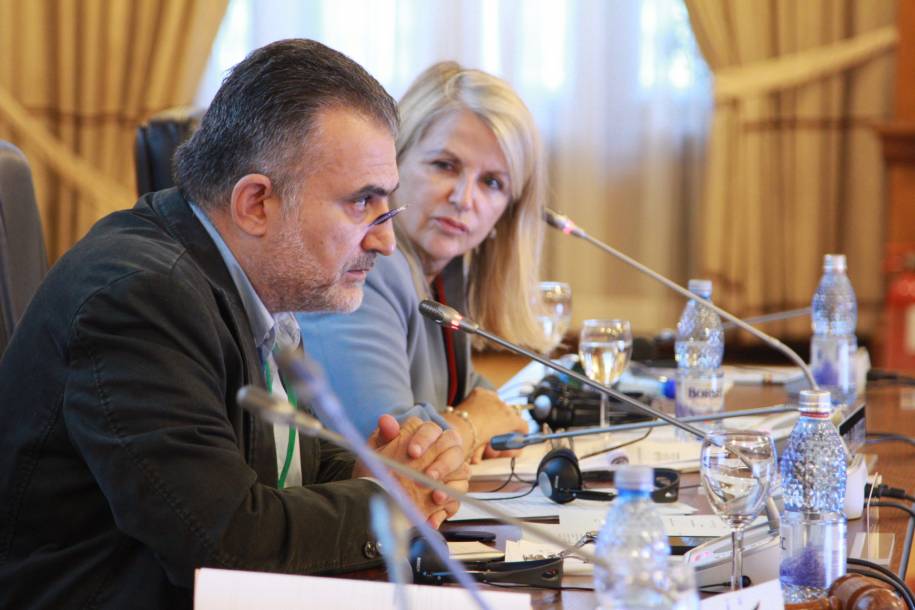 Bucharest, 8 October 2017 – Parliamentarians from NATO nations called Sunday for a concerted international effort to foster more stability to the Middle East and North Africa, as conflicts in Syria and Iraq, the crisis in Yemen and Gulf region tensions provide fertile ground for extremists to flourish.
“As regional security deteriorates, NATO can ill afford to stand on the side-lines, especially where NATO has the mandate and military expertise to contribute to international efforts,” Portuguese lawmaker Julio Miranda Calha told the NATO Parliamentary Assembly’s Political Committee.
With the war in Syria now in its sixth year, Salam Kawakibi, Deputy Director of the Arab Reform Initiative and a native of the devastated city of Aleppo, said that “things are worse than I thought possible,” and international efforts to end the conflict have bogged down.
He told the NATO PA Committee on the Civil Dimension of Security that the only way forward is to establish a real political transition, and that Europe in particular should not feel powerless when it has such collective financial might at its disposal. “Wake up to what is happening on Europe’s doorstep. You have a card to play: reconstruction,” he said, during the NATO PA’s Annual Session in Bucharest, Romania.
French lawmaker Joëlle Garriaud-Maylam said NATO should consider action if things get worse in a country that, with Iraq, is producing many foreign terrorist fighters who pose dangers to Europe when they return home. She also underlined the importance of backing the international coalition fighting Daesh, saying “NATO must continue its engagement within the coalition, and to support negotiations aimed at establishing a ceasefire as well as political efforts to resolve the conflict according to the UN roadmap.”
Lawmakers expressed grave concern about the conflict in Yemen _ one of the region’s poorest countries _ as food and water shortages plus a cholera outbreak are fueling a humanitarian crisis sparked by war between government forces and allies of the Houthi rebel movement.
In the Science and Technology Committee, Dutch lawmaker Maria Martens spoke of “macro-scale drivers of change” in the region like food and water shortages or climate change. “If they remain unaddressed, they will gravely undermine the region’s long-term stability,” she said.
“Cooperation on water and food security could foster greater trust and collaboration,” between NATO nations and partners in the region, she said, adding that any failure to help could “have dramatic consequences, not only for poorer and more vulnerable populations like Yemenis, but also for regional and Euro-Atlantic stability as a whole.”