Support for the Alliance remains as strong as ever, NATO Parliamentarians heard during visit to the United States 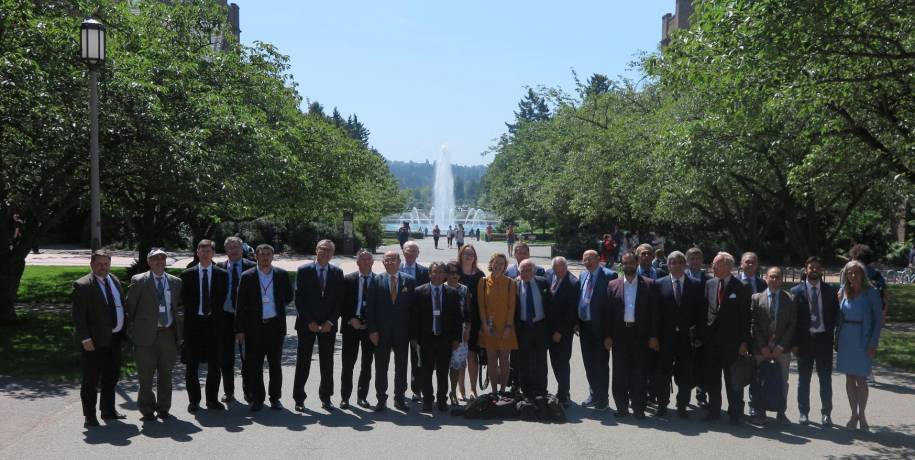 Washington, Seattle, Brussels, 2 June 2019 – Headlines and rhetoric should not obscure the fact that the United States commitment to NATO remains as strong as ever, including on a bipartisan basis in the United States Congress, as well as among the US public. At the same time, implementing the defence investment pledge – the commitment made by Allied governments to spend 2% of GDP on defence - is critical to enable the Alliance to meet future threat. These were some of the key findings of a recent NATO Parliamentary Assembly (NATO PA) visit to the United States.

Meetings in Washington D.C. and Seattle on 10-14 June 2019 covered a broad array of security and economic policy issues, including US foreign and security policy priorities, security in Africa and the Middle East, cybersecurity, the digital economy and transatlantic trade.  The joint delegation of the Sub-Committee on Transatlantic Economic Relations (ESCTER) and the Sub-Committee on Transatlantic Relations (PCTR), included Assembly President Madeleine Moon, and consisted of 31 lawmakers representing 14 NATO member countries.
With regard to the United States’ NATO and Europe policy, one independent expert recommended to “watch what we do and not what we say”. In that context, as well as the United States’ ongoing engagement in NATO itself, a key indicator was the significant increase in funding for the European Deterrence Initiative (EDI).

As Heather Conley, Director of the Europe Program at the Center for Strategic and International Studies (CSIS), noted there has however been great frustration in the United States about insufficient European defence spending and capabilities.   A US official reminded the delegation that the burden sharing issue had been part and parcel of NATO since its inception but that past quiet conversations had not yielded results before 2014 (when Russia annexed Crimea).  The current administration has put a singularly strong and public focus on addressing the issue. The official also underlined that the rapidly changing threat environment requires Allies to focus on capability development, further increase interoperability and enhance cooperation between U.S. and European defence companies.

The presentations conveyed a consensus on Russia as speakers generally agreed that ‘Moscow’s objective is to divide NATO’, according to Rachel Ellehuus, Senior Fellow and Deputy Director, Europe Program at CSIS.  Speakers also held the view that the Russian economy is weak, which could lead the Kremlin to seek confrontation to divert attention from domestic unrest.
House Speaker Nancy Pelosi, Head of the U.S. delegation to the NATO PA, Gerald Connolly, and other members of the US Congress emphasised the strong bipartisan support for the Alliance, and broad support for the EDI as well as for bilateral US initiatives with Ukraine and Georgia.
On other foreign policy issues, however, such as climate change and Iran, several independent experts, including Ms Conley suggested a “loss of bipartisanship”.  The US, like Europe, has ‘lost its political centre’, Ms Conley commented.

While official and independent interlocutors considered the transatlantic security relationship as robust as ever, independent experts expressed concern about the economic and trade relationship, where Europe and the United States’ positions and approaches towards multilateral institutions appeared to diverge significantly.

Briefings at the World Bank focused on the organisation’s assistance to the countries of the Sahel Region and Africa more generally.  More than half of the world’s poor live in Africa which explains why the Bank’s Africa strategy seeks to accelerate growth and sustainability there. A central part of the World Bank’s efforts focus on supporting reforms that strengthen institutions and combat corruption. The Bank also prioritises building human capital and empowering women as both are key to development.  In addition, World Bank programmes assist in developing digital tools which help to reduce fraud.  Digital innovation can also reduce tax which in turn generates economic growth and jobs.  The latter is desperately needed as each year, 12 million young Africans join the job market. Climate change poses an increasing challenge to the development of the continent; the World Bank estimates that in Africa alone up to 86 million people will migrate within their countries by 2050.

On the MENA region, experts at The Washington Institute for Near East Studies said that the United States is concerned about the continuing rift among the countries of the Gulf Cooperation Council (GCC).  Neither Qatar nor Saudi Arabia or the United Arab Emirates appear close to settling their dispute which will further destabilise the already fragile security in the Gulf.  What the US administration wants to achieve in the region, particularly in Syria and in Iraq, also remains unclear, the Institute’s experts argued.

The briefings that the delegation received in Seattle concentrated on technological developments and regional security issues.  Experts at Microsoft Corporation and Amazon informed the delegation about the opportunities and challenges generated by digitalisation. NATO parliamentarians received a comprehensive overview of the likely implications of the continuing digitalisation for the economy as well as for societies more generally.  Key focuses were on cyber-security and the protection of democratic processes from interference. Independent experts of the Henry Jackson Institute at the University of Washington also provided a broad range of highly insightful briefings on specific security issues including Russia, Central Asia, China and India.  The programme concluded with a visit to Boeing where participants were briefed on developments in both military and civilian aerospace technology and on Boeing’s efforts to promote innovation in the aerospace sector.