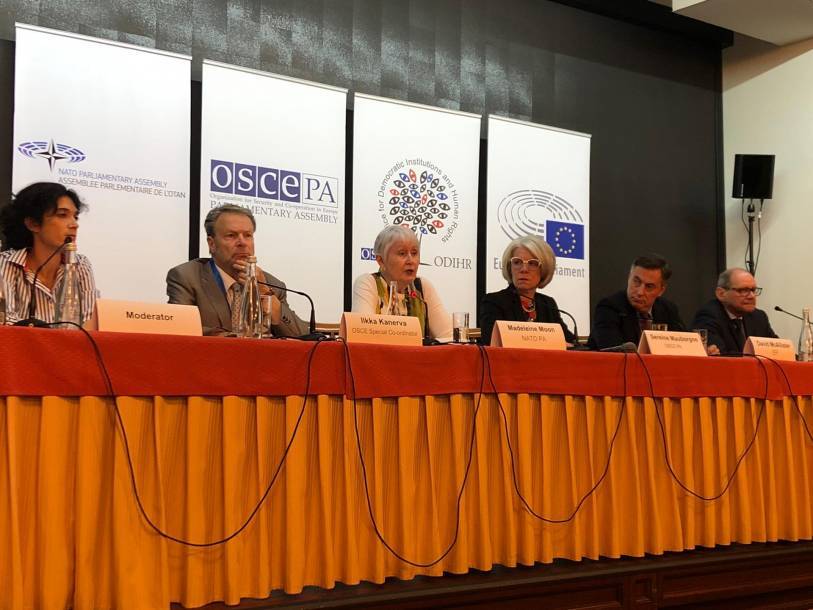 KYIV, 22 July 2019 – Ukraine’s early parliamentary elections were efficiently run and respected fundamental freedoms. The campaign was nevertheless characterised by widespread malpractice and the misuse of political finance through a complex blend of business and political interests, international observers concluded in a preliminary statement published today.

The election was run efficiently and professionally by the electoral authorities, who overcame challenges created by legal procurement rules and deadlines. At the same time, however, political parties replaced a significant number of election commission members at local level as late as election day, undermining the stability and efficiency of their work.

The parliamentary elections took place in the context of ongoing armed conflict and other hostilities in the east of Ukraine and the illegal annexation of the Crimean peninsula by the Russian Federation, which meant that voting could not take place in Crimea or the regions controlled by illegal armed groups.

Some 35.6 million people were eligible to take part in the elections. The international observers welcomed the fact that the simplified procedure for internally displaced persons, or IDPs, to change their voting address, has now been extended to all voters across the country. However, the lack of information and voter outreach resulted in few people benefiting from this change, which is a matter of regret.

Shortfalls were also noted in the area of media freedom. While the constitution guarantees freedom of expression, the five largest private media groups have a combined audience share of more than 70%, and both their editorial policy and political agenda is determined by the economic interest of their owners. At the same time, the relatively new public broadcasting company is chronically underfunded. The safety of journalists also remains a major concern.

There was otherwise a diverse field of candidates, who were able to freely convey their messages in a competitive campaign. Women were underrepresented, totaling only 23% of all registered candidates. Endemic vote buying was an issue of serious concern to the international observers, and resulted in at least 125 criminal investigations. There were further investigations due to the misappropriation of one political party’s name by a number of self-nominated candidates.

The current legal framework on campaign finances does not ensure transparency or accountability, despite a small number of legal amendments adopted since Ukraine’s last parliamentary elections. As presently implemented, it allows big donors to unduly influence politics through a system of clientelism and patronage.

The international election observation mission for the early parliamentary election was composed of 811 observers from 45 countries, including 719 ODIHR-deployed experts, long-term, and short-term observers, 60 parliamentarians and staff from the OSCE PA, 17 from NATO PA, and 15 from the European Parliament.

For the full joint statement of preliminary findings and conclusions, please click here.