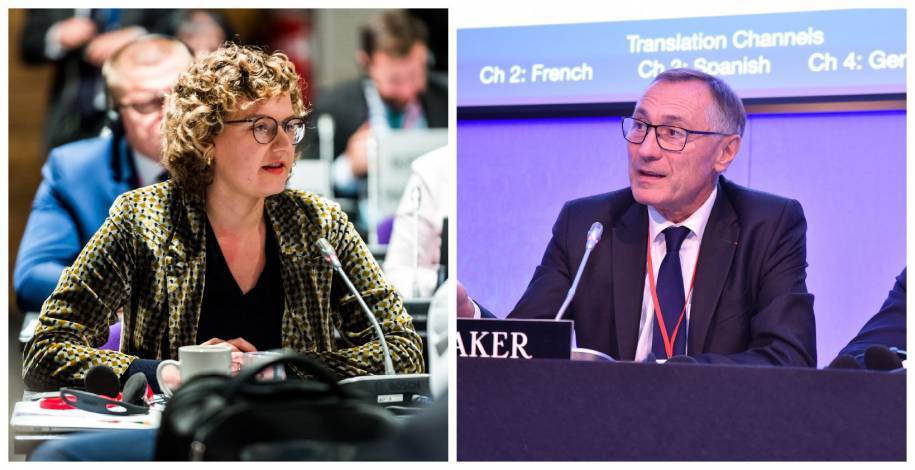 Convening for its second meeting on a digital platform, the NATO Parliamentary Assembly’s Economics and Security Committee undertook the first reading of its two Sub-Committee reports on 16 September – both of which deal with the economic dimensions of instability around two vital waterways. The meeting brought together 24 parliamentarians and was presided over by Committee Chairperson Ivans Klementjevs (Lithuania). It considered draft reports on The Gulf Crisis and Global Energy Markets by Jean-Marie Bockel (France), and The Black Sea Region: Economic and Geo-Political Tensions by Ausrine Armonaite (Lithuania).

Mr Bockel, the Rapporteur for the Sub-Committee on Trans-Atlantic Economic Relations, told NATO parliamentarians that Gulf Arab states have long served as the lynchpin of the global energy system. But strategic uncertainty in the region is rising, he warned, as various crises coalesce:

•    civil wars in Iraq, Yemen, and Syria;
•    tensions over Iran’s nuclear weapons programme;
•    Iran’s aggressive interventions in Syria, Iraq, Lebanon, and Yemen;
•    the Saudi-Emirate-led intervention in Yemen’s civil war; and
•    the contentious rivalry between Qatar and other Gulf states.

COVID-19 has further roiled relations in the Gulf as well as oil markets. Mr Bockel noted that collapsing energy demand due to economic lockdowns as well as a Saudi-Russian oil price war has struck national budgets. Moreover, Gulf labour markets are now being buffeted by the pandemic, and government ambitions to diversify economies away from oil and gas could be thwarted as a result.

Falling oil prices have also set back the formerly booming US shale oil industry. At current low prices, the US is less able to play the role of global swing producer – a position which had previously weakened the leverage of OPEC and Russia. The collapse of oil prices in March is likely to reverse a recent and strategically consequential trend of falling US oil imports.

The Rapporteur concluded by suggesting that Europe and the United States should work together to lower tensions in the Gulf, including by fostering reconciliation within the Gulf Cooperation Council (GCC) and ensuring that rivalry between Iran and the GCC member countries does not trigger higher levels of conflict. But stability in the region will also demand domestic economic reform, a higher degree of tolerance, and a more equitable distribution of wealth.

Like the Gulf, the Black Sea Region also confronts grave strategic uncertainty, Ms Armonaite suggested in presenting her draft report on behalf of the Sub-Committee on Transition and Development. Russian aggression has complicated economic transition for those countries in the region working to integrate into the global and European economic order, she said. It has also denied the kind of economic take-off that might otherwise have transpired if a more peaceful foundation for inter-state relations had been established in the Black Sea region.

Russia’s ongoing conflict with Ukraine is now the defining regional dispute. But there are other bilateral and regional tensions that cannot be discounted, including Russia’s occupation of Georgia’s South Ossetia and Abkhazia regions. Russia, she said, has determined that it is better to have neighbouring states paralysed by tension, civil war, and frozen conflict than it is to live next to prosperous and confident states.

She noted that, beyond Russian aggression, regional integration has been made all the more difficult due to differences in:

•    levels of economic and civil society development;
•    natural resource endowments;
•    institutional characteristics;
•    national experiences during the Cold War and the early years of the post-war transition; and
•    political orientation.

COVID-19 will be a defining crisis for the Black Sea region, and the epidemic has only sharpened regional political and military crises. In war-torn eastern Ukraine, for example, as many as a million people are blocked from permitted contact line crossings each month to collect social and pension payments, to visit family, or to work.

The Rapporteur described how various regional countries are confronting these very serious challenges and noted the particularly harsh implications for those living in regions torn asunder by Russian aggression. She suggested that resilience in the face of the disease varies considerably across the region.

Ms Armonaite concluded by calling on NATO member states to insist upon respect for international law in the Black Sea region, including the principles of independence, sovereignty, and territorial integrity, as well as the respect of the United Nations Convention on the Law of the Sea. She said that NATO member governments and parliaments should maintain the sanctions regime on Russia and argued that in no way should Russia’s serious violation of international law be normalised.

These two draft reports will be revised and presented for their second and final reading at the Annual Session of the NATO PA this fall. New versions of these reports will posted once the rapporteurs have completed the drafts.