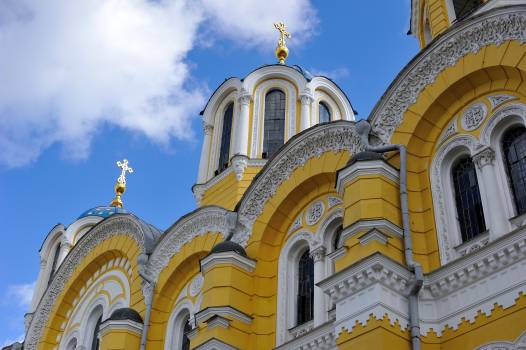 The Assembly’s relations with Ukraine began immediately after Ukraine achieved independence in 1991. The Ukrainian Parliament – the Verkhovna Rada – became an associate member and since then has participated actively in the Assembly’s work.

The next phase in the Assembly’s relations with Ukraine began in 2002. In May, Ukraine declared its intention to seek NATO membership, and the NATO-Ukraine relationship was upgraded accordingly. Following this development, the NATO PA and the Ukrainian Parliament transformed the JMG into the Ukraine-NATO Interparliamentary Council (UNIC) which would focus not only on monitoring NATO-Ukraine relations but also offer advice and expertise on the parliamentary aspects of political and defence reforms. Since 2002, and despite several successive significant changes in Ukraine’s declared goals in relations with NATO, the Council has always provided an extremely valuable forum for parliamentarians to discuss not only NATO-Ukraine co-operation but also any issue of concern. UNIC is composed of representatives from each of the Assembly's five committees and leading members of the Verkhovna Rada, and meets each year in both Brussels and Ukraine. Meetings of UNIC are open to members of the Political Committee’s Sub-Committee on NATO Partnerships.

In addition to UNIC, members of the Ukrainian delegation to the Assembly participate in a wide range of other Assembly activities, and the Ukrainian Parliament hosts regular Committee and Sub-Committee visits and seminars.

Remarkably, since the contested presidential elections of 2004 which triggered Ukraine’s “Orange Revolution”, the Assembly has been invited to monitor all presidential and parliamentary elections in the country. The Assembly does not have a standing mandate to monitor elections, and has done so only in exceptional circumstances, and when invited by national authorities. In the case of Ukraine, the Assembly’s participation in election observation was seen as a yet another demonstration of the NATO PA’s commitment to strengthening co-operation with Ukraine, and supporting the country’s democratic transition. The Assembly has joined efforts with the Parliamentary Assemblies of the OSCE and the Council of Europe, the European Parliament and the OSCE Office for Democratic Institutions and Human Rights, ensuring that Ukrainian citizens could elect their leaders in a free and fair manner.

In response to Russia’s illegal annexation of Crimea in March 2014 and support for armed separatists in Eastern Ukraine, the Assembly unambiguously affirmed its support for Ukraine’s territorial integrity and political independence, and further intensified co-operation with the Ukrainian Parliament.

To further demonstrate the Assembly’s firm stance on Ukraine’s sovereignty and territorial integrity, the NATO PA established an informal support group for the Crimea Platform on 27 April 2021. This informal group is closely linked to and closely coordinates with UNIC. It serves as the main forum for initiatives related to the parliamentary dimension of the Crimea Platform. The informal support group aims to promote NATO PA members’ awareness of developments related to Crimea and maintain support for the non-recognition of Russia’s illegal annexation. For more information, please see this fact sheet.