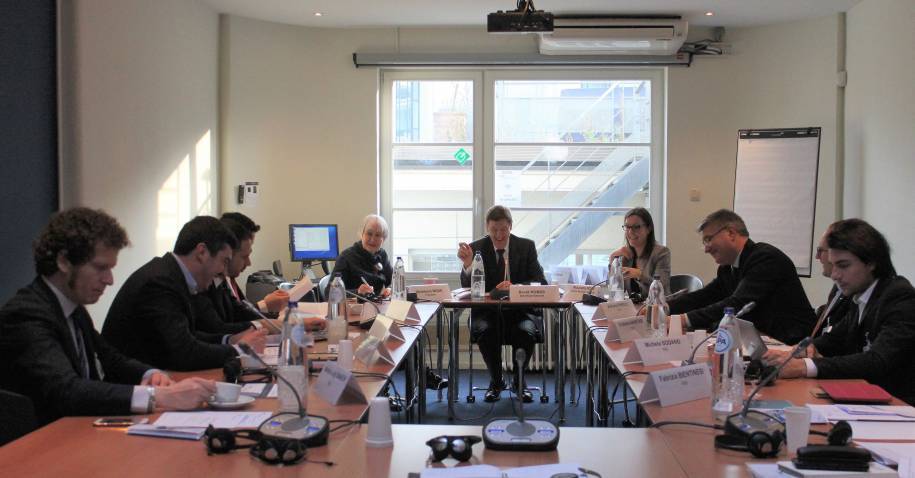 Brussels, 21 February 2019 – President of the NATO Parliamentary Assembly (NATO PA) Madeleine Moon (UK) and NATO PA Secretary General David Hobbs today hosted a working visit by leading Italian legislators, most of whom were elected for the first time to the Italian Parliament in the March 2018 elections.

This working visit is part of an enhanced effort by the Assembly to better assist new delegates integrate into the Assembly, and provide better-targeted services and more user-friendly information to delegations. In the past two years, the Assembly has experienced a significant turnover in membership following elections in a large number of member countries.

The visiting delegation was led by Luca Frusone, Head of the Italian delegation to the NATO PA, and included 6 other members of the delegation representing three different political parties.

During their visit, the Italian members of parliament met with Committee directors, and staff members responsible for partnership activities, delegation relations and press and communication. Together, they reviewed the Assembly’s priorities and work programme for 2019, as well as exchanged on ways to better publicize the Assembly’s work. The previous day, the delegation met with Ambassador Claudio Bisogniero, Italy’s Permanent Representative to NATO.

Italy’s delegation to the NATO PA includes a total of 18 members of the Chamber of Deputies and Senate.