In the lead-up to 20th anniversary of NATO-Ukraine Charter, legislators to discuss security and stability in Ukraine and the Black Sea 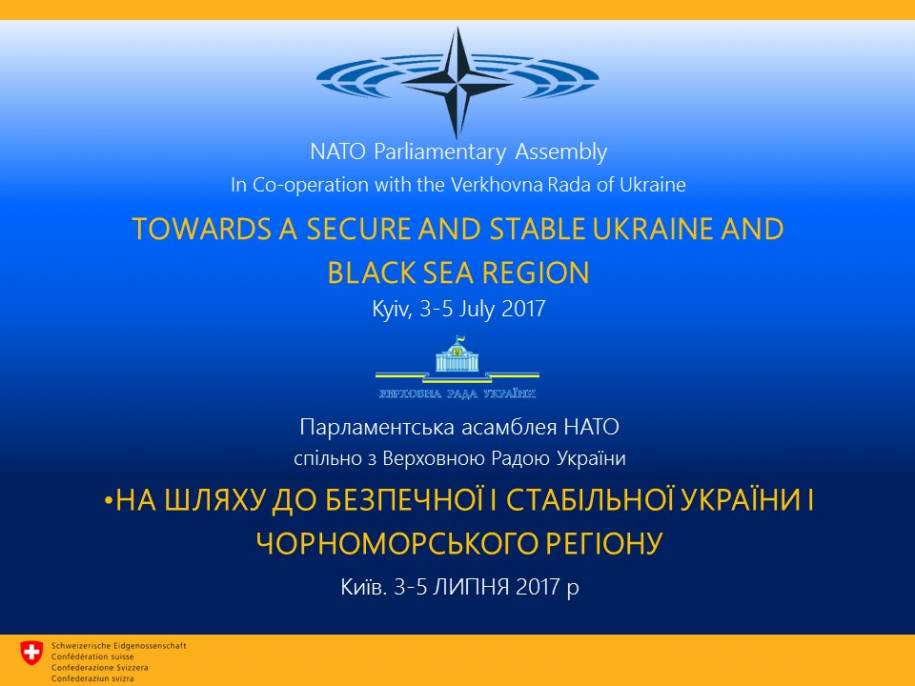 30 June 2017 – The 95th Rose-Roth meeting of legislators from NATO member and partner countries is set to open in Kyiv, Ukraine, on Monday 3 July.

The three-day meeting will cover the full spectrum of internal and external challenges Ukraine faces. Beyond Ukraine, the seminar will also pay special attention to overall Black Sea security challenges, prospects for closer economic cooperation in the region as well as the current political situation in the Republic of Moldova.

It will also provide the opportunity to commemorate of the 20th anniversary of the NATO-Ukraine Charter.

Ukraine’s most senior officials will address and discuss with the participants, including:

The NATO PA President Paolo Alli (Italy) and Robert Hunter, former US ambassador to NATO in 1997, will also address the audience.

The seminar will bring together over 179 participants, including 80 members of parliament from 29 NATO member states and partner countries.

The event is organised by the NATO Parliamentary Assembly (NATO PA) in cooperation with the Verkhovna Rada of Ukraine and with the support of the Swiss Government.

The NATO PA has held 4 Rose-Roth Seminars in Ukraine since the beginning of the programme in 1991. The first one was held in 1993.