NATO Allies, Partners Urged to Stay the Course in Afghanistan 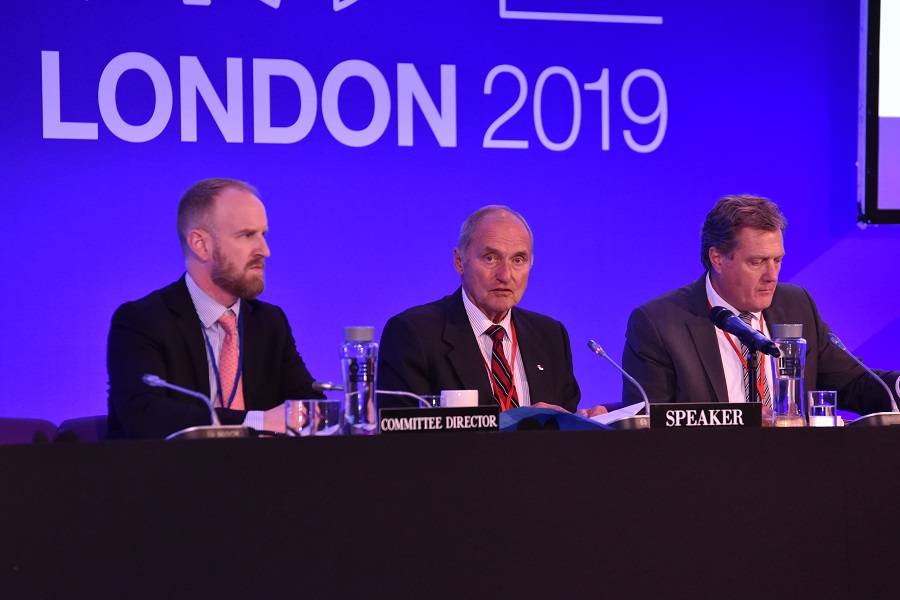 London, 12 October 2019 – NATO Allies and partners must maintain their efforts in Afghanistan to ensure that local security forces can cope with rising insurgent attacks and guarantee long-term financial assistance to help the conflict-ravaged country rebuild, parliamentarians warned on Saturday.

In a draft resolution, due to be adopted on Monday at the NATO Parliamentary Assembly’s Plenary sitting, the lawmakers urge NATO and its partners “to build a capable, self-sustaining, and professional military force working to create the conditions for enduring peace and stability in Afghanistan.”

NATO took charge of the International Security Assistance Force in Afghanistan 16 years ago, but combat operations were scaled down in 2014, as the Alliance shifted its focus to training, mentoring, and assisting the Afghan armed forces.

With the government in Kabul plagued by the steadily advancing territorial control of Taliban forces and still rocked by regular insurgent attacks in the heart of the capital, NATO’s Resolute Support Mission aims to ensure that local troops can provide security nationwide, and to create a stable, peaceful country that will no longer be a haven for international terrorism.

The NATO PA session in London comes just days after presidential elections in Afghanistan, and amid deep uncertainty over the future of peace moves. U.S.-led peace talks with the Taliban appeared on the verge of a breakthrough this year, but collapsed last month after the insurgents claimed responsibility for an attack in Kabul that killed 12 people, including an American soldier.

In the resolution, the lawmakers underline the need to keep up troop and equipment contributions “until a peace agreement is reached to provide a necessary counterbalance to the ongoing efforts by insurgent groups to spoil a potential peace settlement, reconstruction efforts, and regional stability.”

They call for support for “inclusive intra-Afghan peace negotiations and to help sustain a resulting peace agreement by providing long-term financial and technical assistance to major post-conflict challenges, such as the reintegration of former Taliban fighters into society, the promotion of economic growth, and the development of the Afghan National Police.”

Amid concerns about the need to bolster democracy and the rule of law and continue the fight against corruption, the parliamentarians call on the Afghan parliament to ensure that any peace agreement does not roll back political, economic, and societal improvements made in recent years. The resolution places particular emphasis on maintaining the “significant advances made by Afghan women across all sectors of society and by the determination Afghan women have shown in seeking to preserve and safeguard those gains.” Members of the Assembly also made a call for Afghan women to have a meaningful role in any future peace negotiations.

They also appeal to Afghan politicians to set aside factional infighting and ensure the Assembly’s rightful place in efforts to speed up reforms “to create the conditions necessary for legitimate and effective governance and the broad enforcement of the rule of law across the country.”