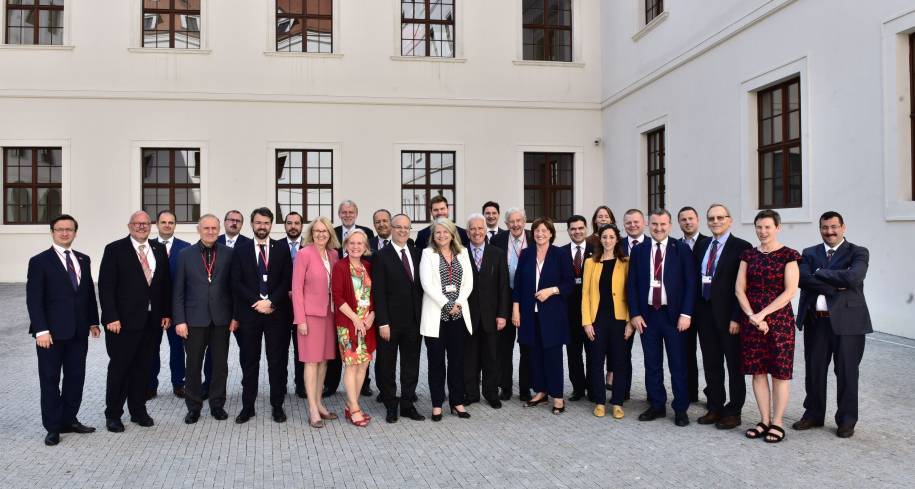 Bratislava, 2 June 2019 – NATO and European Union nations should share best practices on border management, in particular on the use of technology to enhance security on their frontiers, according to a draft report presented Sunday to legislators from across the 29-nation Alliance.

“Individual experience of nations facing most serious border security problems shows that an integrated, layered approach to border management is the most efficient option,” said the draft report authored by Lord Jopling, a British lawmaker.

The draft report, debated at the Spring Session of the NATO Parliamentary Assembly, examined security at airports 18 years after the 9/11 attacks on the United States; Mediterranean maritime borders; and three land border “hotspots”: the US-Mexico border, the Balkans corridor in southeast Europe, and the Spanish enclaves of Ceuta and Melilla on the coast of North Africa.

It concluded that border management remains, mostly, a sovereign prerogative for nation states, with only a “limited remit” for an intergovernmental alliance such as NATO.

However, the Alliance can help in an emergency. “Collective action involving NATO should be considered in crisis situations where military assets such as surveillance capabilities can provide significant value,” Jopling wrote. He also emphasised the need to increase support to the European Border and Coast Guard agency – Frontex.

“That said, political rather than military solutions must be emphasised. Border management should primarily be a law enforcement matter,” he added. “If security issues do arise at borders, the involvement of armed forces must be considered a last resort.”

The draft report said efforts to tighten frontier controls should be matched with action to address the factors pushing migrants to seek illegal entry into Europe or North America.  “Any long-term border security strategy must be accompanied by robust and ambitious asylum and development assistance policies,” it said.

That issue was taken up in the debate on the draft report in the NATO PA’s Committee on the Civil Dimension of Security. Luxembourg deputy Marc Angel urged Allied governments to commit to the United Nations’ goal of devoting 0.7% of Gross National Income to development assistance.

“Money for development is also important for security,” Angel said.

Jopling’s draft report also called on NATO nations to “provide asylum to people with a well-founded fear of persecution” and to reaffirm their commitment to the 1967 UN protocol on the status of refugees.

“Access to asylum measures for those in need must be streamlined; human rights violations in reception facilities tackled; unnecessary police violence at borders condemned; potential disembarkation centres in third countries closely scrutinised and profiling on the basis of race or ethnicity avoided,” it stated. “National security and fair asylum policy should be understood as mutually reinforcing rather than mutually exclusive.”

The NATO PA is scheduled to vote on the report when it next meets on 11-14 October, in London.