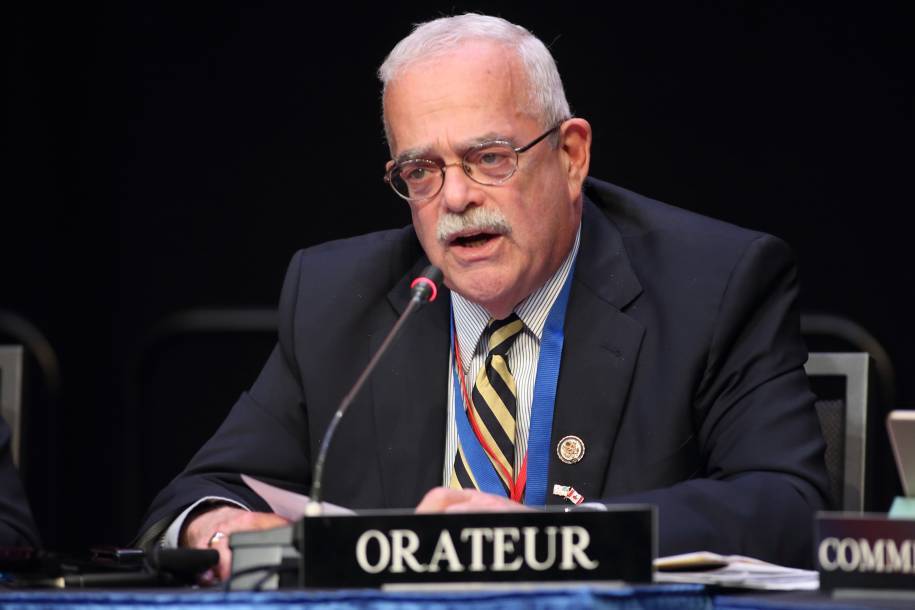 “The sentencing of Alexei Navalny by a Moscow court yesterday is yet another shameful act in this travesty of justice and in the Kremlin’s playbook of ruthless repression against its opponents.

Having failed to assassinate Navalny using a banned military-grade nerve agent, Putin’s regime is now sending him in exile in a penal colony. The cowardice and cynicism which these actions demonstrate are simply outrageous. The European Court of Human Rights (ECHR) found in 2014 that this legal case brought against Mr. Navalny was “unlawful and arbitrary.” We must denounce in the strongest terms this politically-motivated persecution, as well as the mass arrests and disproportionate use of force against peaceful protesters.

Time and again, Putin’s regime has demonstrated its complete disregard for the lives, health and rights of its citizens. I call on European and North American leaders to raise the cost for Russia for grave human rights violations, including by widely adopting and implementing Magnitsky acts.

Our Assembly supports NATO’s dual-track policy of deterrence and dialogue vis-à-vis Russia. Regrettably, the Kremlin’s systematic violation of human rights, its disregard for international law, ongoing illegal occupation of parts of the sovereign territories of Georgia, Ukraine and the Republic of Moldova, seriously reduce the scope for dialogue. This underscores the imperative of providing the world with the shared democratic values of NATO in the sharpest contrast with this latest outrage in Russia.”