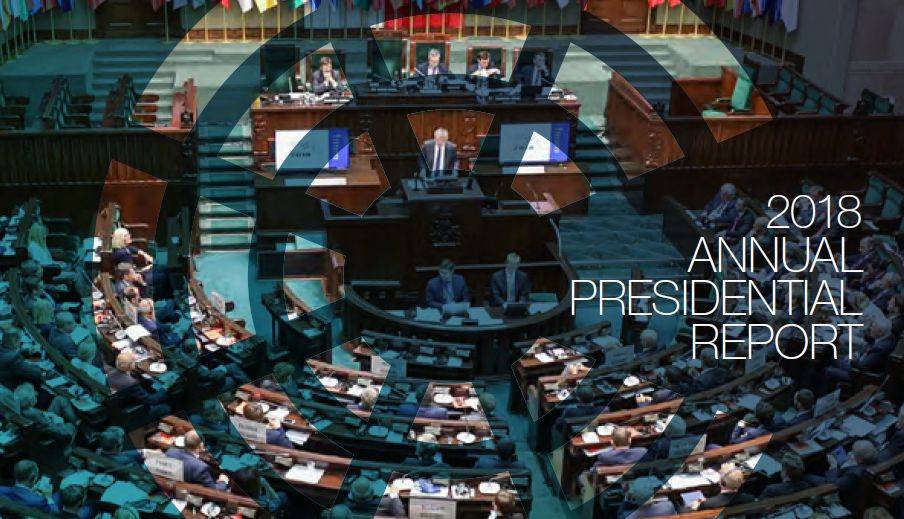 19 February 2019 (Brussels) – The international security situation has remained unsettled throughout 2018, with complex challenges ranging from Russia’s multifaceted aggressive actions to ongoing volatility across NATO’s southern neighbourhood. To confront these and other challenges, Allies have strengthened deterrence and collective defence, increased defence spending, and invested in defence modernisation, while seeking new ways to project stability in NATO’s neighbourhood.

“Our nations must be prepared to respond to challenges wherever they come from – North, South, East or the West, in a 360-degree approach”, writes Assembly President Madeleine Moon (United Kingdom) in her introduction. “To do this, our governments and parliaments must spend more and better on defence and ensure that Europe and North America share the burden for our common security equitably. We should also continue to promote stability in Europe’s immediate neighbourhood, from Ukraine and Georgia to the Western Balkans, as these regions’ security affects ours too.”

The NATO PA – distinct from NATO itself – symbolises and embodies the Alliance’s democratic credentials. The Assembly facilitates parliamentary awareness and understanding of the key issues affecting the security of the Euro-Atlantic area and supports national parliamentary oversight over defence and security. Crucially, it helps to strengthen the transatlantic relationship and the values which underpin the Alliance.

The Presidential Annual Report also serves as an introduction for those new to the NATO PA and supports transparency towards its members and the citizens of the Alliance. “This report illustrates how members of the Assembly have sought to enhance citizens’ awareness of today’s threats and NATO’s role in addressing them, while representing their constituents’ concerns and interests in discussions over NATO’s future course”, President Moon underlines.

The report highlights the Assembly’s work and achievements on the following key topics:

The NATO PA published 17 reports and 10 policy recommendations and conducted close to 40 meetings and activities throughout 2018 dealing with the key challenges affecting the security of citizens in Europe and North America.