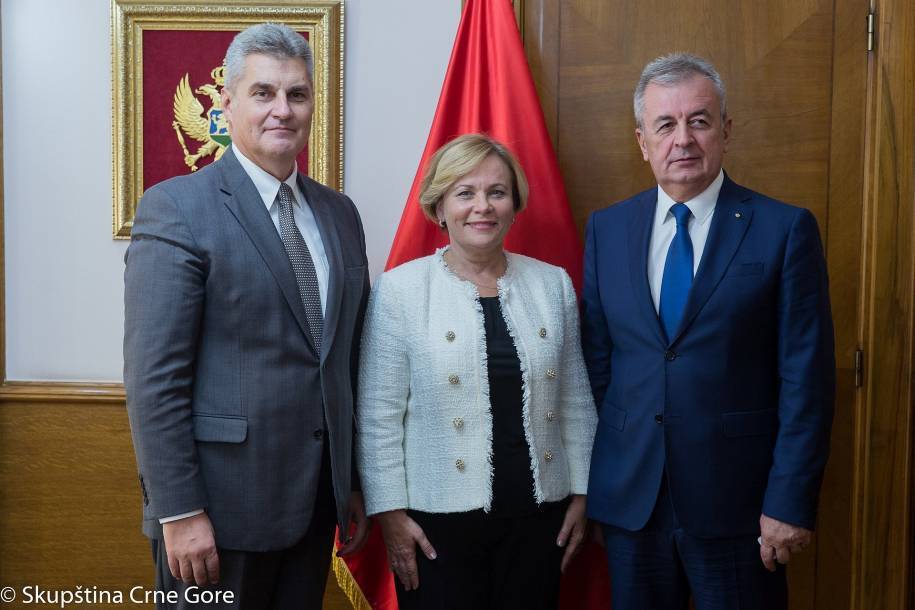 As NATO Defence Ministers meet this week in Brussels to review progress in implementing the decisions of the July Summit, President Djukanovic noted that Montenegro had adopted a national plan to bring the country’s defence spending from 1.7% GDP currently to the 2% target by 2024, as well as to ensure that by 2022, 20% of defence spending will be set aside for investments. In addition, Montenegro will increase its contribution to NATO’s Resolute Support Mission in Afghanistan, has recently deployed two personnel to the KFOR mission in Kosovo, and is planning to support NATO’s enhanced Forward Presence in Latvia and Poland.

These measures demonstrate that all Allies share a common understanding of today’s threats, Ms Jukneviciene commented, adding that among these are not just conventional military challenges, but also the increasing use of hybrid tactics and disinformation, such as foreign interference in electoral processes of the type that Montenegro suffered in 2016. “NATO is also today about protecting our democracy and way of life”, Ms Jukneviciene stated. “In this sense, parliaments and elections have become the new frontlines of our security”.

Throughout her visit, Ms Jukneviciene stressed the crucial importance for Europe of the Western Balkans’ stability and the region’s European and Euro-Atlantic integration. Bosnia and Herzegovina’s progress continues to be hampered by diverging views and priorities among representatives of the three constituent people, while difficult challenges remain on the way to the full normalisation of relations between Serbia and Kosovo. Meanwhile, discussions are ongoing among the political forces in the former Yugoslav Republic of Macedonia[1]  following last Sunday’s referendum on the name agreement with Greece – the adoption of which is a condition for Skopje’s accession to NATO and the EU.

During her visit to Montenegro, Ms Jukneviciene also met with State Secretary for Defence Slobodan Filipovic and visited Montenegro’s helicopter squadron at Golubovci air force base. From Podgorica, she will travel to Sarajevo to lead the NATO PA’s Election Observation Mission for the 7 October Bosnian General Elections.