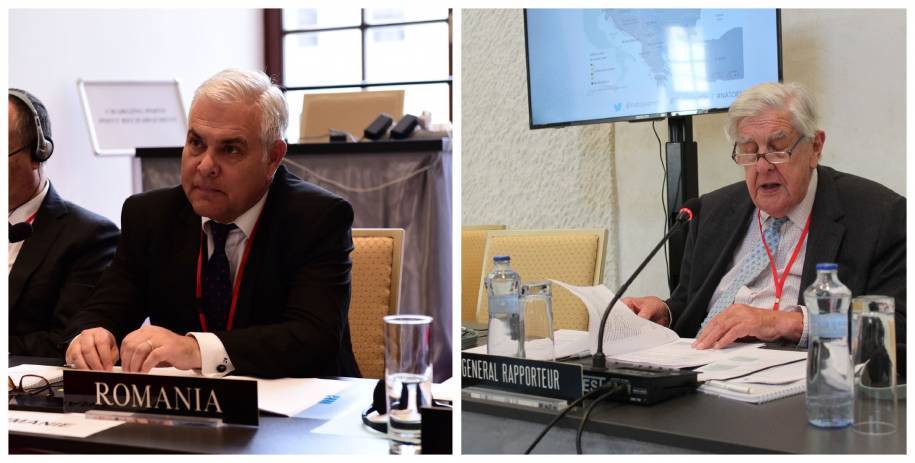 China’s attempts to undermine the liberal structures and principles of the global order pose a threat to the values that define our democracies and underpin our Alliance, lawmakers said on Wednesday.

At an online meeting of the NATO Parliamentary Assembly’s Committee on the Civil Dimension of Security, some 30 parliamentarians discussed Beijing’s efforts to disrupt the existing liberal order and reshape global norms and institutions. The debates focused on China’s attempts to export its authoritarian governance model and advance its national interests in its neighbourhood and beyond.

Lawmakers addressed the Chinese authorities’ lack of respect for human rights, focusing particularly on the repression of religious and ethnic minorities in the country, the crackdown on Hong Kong’s democratic aspirations, and the development of a mass surveillance and internet censorship system. While most of the world’s attention is focused on responding to the COVID-19 pandemic, China exploits the global uncertainty created by the crisis, members of the Committee warned. Beijing continues to expand its already excessively repressive surveillance regime, opportunistically advances its interests in its neighbourhood, and spreads conspiracy theories and disinformation abroad, including in Europe and North America.

Presenting a draft report on China and the global liberal order, British lawmaker and Special Rapporteur Lord Jopling, pointed out that NATO member countries should collectively address Beijing’s growing influence over the definition and scope of the global order. Otherwise, the unity of the Alliance, its collective security guarantee, and the supremacy of liberal values could be weakened. “Despite occasional differences, our nations must speak as one to draw attention to those actions undertaken by Beijing, at home and abroad, which are unacceptable and contravene global liberal norms”, he suggested. He added, however, that “at the same time, NATO and Allies should not treat China as a pariah state. Instead, they should engage constructively with Beijing and encourage common understanding and tolerance”.

At the same meeting, parliamentarians discussed the importance of better informing and educating the public about NATO’s crucial role in ensuring the security of the Euro-Atlantic area. Presenting a draft report on the topic, Romanian parliamentarian and Rapporteur Angel Tilvar stressed that “unfortunately, the public in NATO countries remains generally poorly informed about the Alliance and its role. This, in turn, directly affects our citizens’ support for NATO”.

Some individual member states and partner countries have undertaken innovative steps to better educate and inform the public about the Alliance. The Rapporteur called on others to learn from them and, where possible, replicate them.

He also pointed out that “in many of our countries, low levels of understanding of the role and objectives of NATO among the population stem, in part, from the dissemination of disinformation and propaganda”. The impact of disinformation and propaganda on the trust placed by citizens in their authorities and the Alliance has increased during the COVID-19 pandemic. This stems from the intensified dissemination of false and harmful narratives by various malicious actors, chiefly Russia and China. “Information and education efforts regarding the Alliance and the important role it plays in responding to this crisis have therefore become more necessary than ever”, the Rapporteur stressed.

He urged NATO and the Allies to take additional measures to better reach out to the public. Such measures could include increasing financial and human resources allocated to strategic communication efforts, reinforcing the involvement of national structures in these efforts and strengthening cooperation with civil society organisations. He also called on the Alliance to intensify its activities against disinformation and propaganda, and focus on young generations, women's empowerment and groups less interested in defence matters. Undertaking these steps “would help NATO to better inform and educate the public about its role and objectives and ensure renewed support for our Alliance at a time when it faces increasingly diverse and significant threats”, he concluded.