Allied legislators concerned about the future of arms control, call for renewed efforts 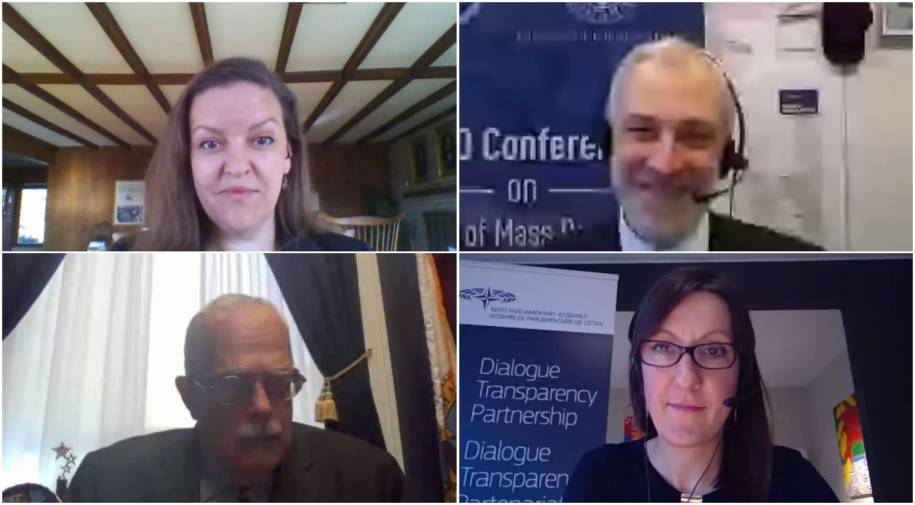 The global architecture of arms control agreements is under pressure, and this raises a series of security challenges for the Euro-Atlantic community. Allied nations must step up their efforts to build upon and update the international arms control framework to reflect the changing geopolitical realities and technological trends, while maintaining a strong Allied deterrent.

These were the main takeaways from a high-level webinar organised by the NATO Parliamentary Assembly (NATO PA) on 3 December, just as NATO Foreign Ministers concluded a meeting focused in part on the growing threat posed by Russia’s military build-up and weapons modernisation. The meeting brought together 25 members of parliament from 13 NATO countries. Lawmakers were briefed by Alexandra Bell, Senior Policy Director of the Center for Arms Control and Non-Proliferation, and William Alberque, Director of NATO’s Arms Control, Disarmament, and WMD Non-Proliferation Centre.

He called on Allies to “demonstrate leadership in global efforts to rejuvenate the international arms control framework – without being naïve and without ever showing weakness, as part of a dual-track approach combining deterrence and dialogue.”

Congressman Connolly condemned Russia’s actions that led to the demise of the Treaty on Conventional Armed Forces in Europe, the Intermediate-Range Nuclear Forces Treaty, and the Open Skies Treaty.

He also called for a redoubling of efforts to extend the New START treaty, set to expire in barely two months. “We must certainly avoid a situation where there is no agreement on limitations on nuclear warheads at all,” Mr Connolly said.

The US lawmaker expressed concerns about China’s massive conventional and nuclear build-up. “Despite China’s rise and the responsibilities it brings, Beijing remains unwilling to join any new arms control agreements,” he noted.

He further urged the revival of diplomatic efforts to curb nuclear weapons ambitions in Iran and North Korea.

Looking towards the future, President Connolly stressed the need to “address the emergence of technologies which have the potential to disrupt the global strategic balance and raise new obstacles to arms control.” These include new nuclear weapons as well as cyber, artificial intelligence, biotechnology, autonomy, and even quantum technologies.

Ms Bell argued that “the treaties, structures and agreements created over the past half-century are bending, breaking, and collapsing”. But “arms control is not dead,” she said. There was reason for optimism, she argued, as “it is a tool that can change and evolve to meet the challenges of the day if paired with competence, patience, and force of will.

She also called on governments to reinvest in the human infrastructure of nuclear weapons policy. “A nuclear policy hiring surge around the world is overdue and necessary – there simply aren’t enough people to take on these challenges”, Ms Bell warned.

Mr Alberque discussed NATO’s approach to arms control. He stressed that NATO can do more to contribute to the arms control agenda, especially by using its expertise, for example in NATO’s network of defence scientists, and taking up arms control violations as high-level, political issues rather than merely addressing these at the technical level.

NATO and individual Allies are also actively offering ideas on how to strengthen a wide range of arms control and non-proliferation mechanisms, for example on the Nuclear Non-Proliferation Treaty or the Hague Code of Conduct against Ballistic Missile Proliferation.

On China, Mr Alberque noted that the world knew far too little about how China thinks about arms control. However, he was encouraged by recent high-level engagement between Allied and Chinese experts on issues of arms control, non-proliferation, and WMD disarmament.