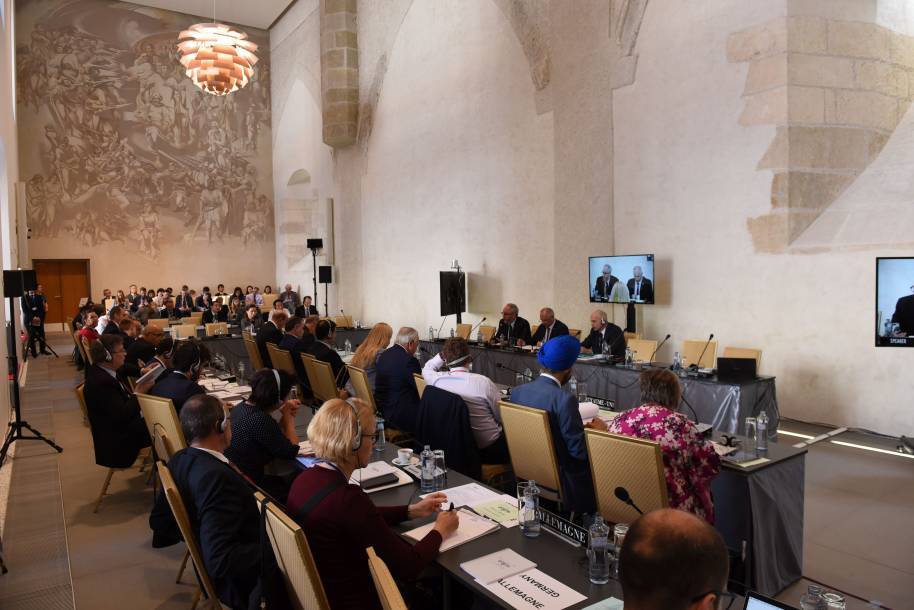 Bratislava, 1 June 2019 – North Macedonia’s reforms offer a stark example of the progress that can be achieved when countries strive for membership in NATO and the EU, legislators were told Saturday.

“Joining NATO will galvanise reform efforts, reassure markets and attract foreign investment” in the region, the NATO Parliamentary Assembly’s Economics and Security Committee heard, in remarks by Dutch Senator Menno Knip on behalf of Lithuanian lawmaker Ausrine Armonaite. The report called on the Alliance and the European Union to respect their pledge to keep the door open to the Western Balkans.

Only recently known as the former Yugoslav Republic of Macedonia, North Macedonia was on the brink of civil war in 2001 until a NATO and OSCE-mediated peace agreement officially ended hostilities, and the Allies supervised the post-conflict transition.

But progress on reforms was uneven over the ensuing 18 years. The resolution a year ago of the dispute between Greece and Skopje over the country’s name, however, has paved the way for it to become NATO’s 30th member, possibly late this year. This in return has reinvigourated the reform effort.

In a draft report on North Macedonia’s transition and NATO membership effort, Ms Armonaite notes Skopje’s efforts to guarantee fair media funding and improve the accountability of the secret police, as well as ensuring the rights of the large ethnic Albanian minority.

The EU’s executive arm recommended this week that member countries launch of membership talks, but it remains unclear whether this will happen soon. The draft report underlines the importance of respecting the country’s Euro-Atlantic aspirations and the dangers of delaying.

"The Macedonians have clearly shown that they want to be part of the Euro-Atlantic area. The European Council should decide in June if North Macedonia will be able to commence accession negotiations," French lawmaker Francoise Dumas told the committee.

Mr Knip said that “North Macedonia has harboured aspirations to join NATO for over two decades. Keeping it outside of the Alliance for so long had a negative impact on that country’s political and economic transition.” According to him, “the Euro-Atlantic community must learn from that experience and strongly support reform and integration in the region.”

Nevertheless, the draft underlines that North Macedonia still faces several challenges, notably the extent of legal and judicial changes that will be required to allow its stuttering economy to catch up to Europe’s standards.

The country is also deeply polarised, and some in opposition want to revisit parts of the Prespa agreement that ended the decades-long name dispute with Greece. On top of that, ethnic tensions remain and will have to be managed and reduced over the long term.

North Macedonia also faces challenges from outside. The potential for destabilisation from Russia is a major challenge too, especially as the name change referendum was imperilled by a disinformation campaign.