Affected by blockade, Qatar looks to expand ties with the West 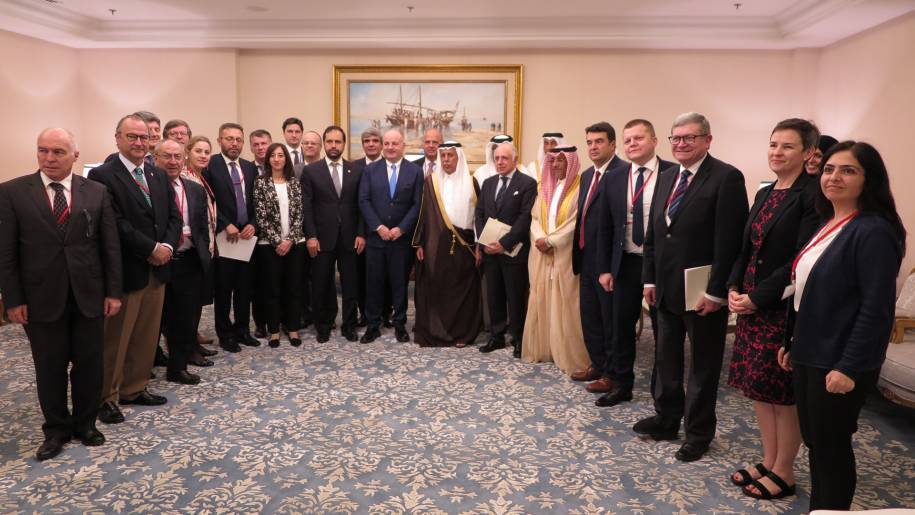 Qatar long focused on approaching the international system through soft power but it now feels threats from many directions and has begun to develop hard power capabilities including purchasing state-of-the-art military equipment and strengthening its security partnerships, including that with NATO, a delegation of NATO Parliamentary Assembly heard during a visit to Qatar on 13-15 March.

Qatar officials told a NATO PA delegation a blockade imposed on Qatar by several Arab countries was unjustified, that it was the product of fake news planted on a Qatari news website, and that there was no way that Qatar would give into a 13-point ultimatum which it sees as a fundamental infringement on its sovereignty.

One of the apparent goals of those who imposed the blockade was to dissuade Qatar from pursuing an independent approach to Iran. This seems to have backfired as Qatar has been left with little choice but to cooperate with Iran in order to bypass the blockade. That said, its relations with Iran are focused on practical matters linked to the exploitation of a shared gas field and are not particularly warm.

Qatari officials utterly rejected the accusation that the country supports terrorist groups and noted that it is cooperating closely with a number of NATO allies on anti-terrorism and countering terrorist finance and that it is actively participating in the anti-ISIS coalition.

Western legislators also heard that Qatar has engaged in deep-seated political and economic reform over the last decade. The Speaker of the Advisory Council Ahmed Bin Abdullah Bin Zaid Al Mahmoud told the delegation that there will be elections for selected seats in this legislative body.

Although Qatar is the wealthiest economy in the world in per capita terms largely due to its gas endowment, it has made great strides in diversifying its economy as a way to better navigate a changing global economy. It has also overhauled its education system.

Partly in response to criticism of its labour practices linked to stadium instruction for construction for the 2022 World Cup, Qatar has become a regional leader in codifying labour protection in its legal system according to the International Labour Organization.

The joint NATO PA delegation comprising the  Committee on Civil Dimension of Security (CDS), and the Mediterranean and Middle East Special Group (GSM) consisted of 30 parliamentarians from 14 NATO members and was led by CDS Chairperson Senator Joëlle Garriaud-Maylam (France) and GSM Chairperson Andrea Manciulli (Italy). The delegation met with ministers of foreign affairs, defence and economy, speaker and members of the Advisory Council, experts of the Brookings Doha Center as well as Doha-based ambassadors of NATO countries. The delegation visited  Al Udeid Air Base / Combined Air and Space Operations Center, the headquarters of Al Jazeera and the Qatar Foundation.