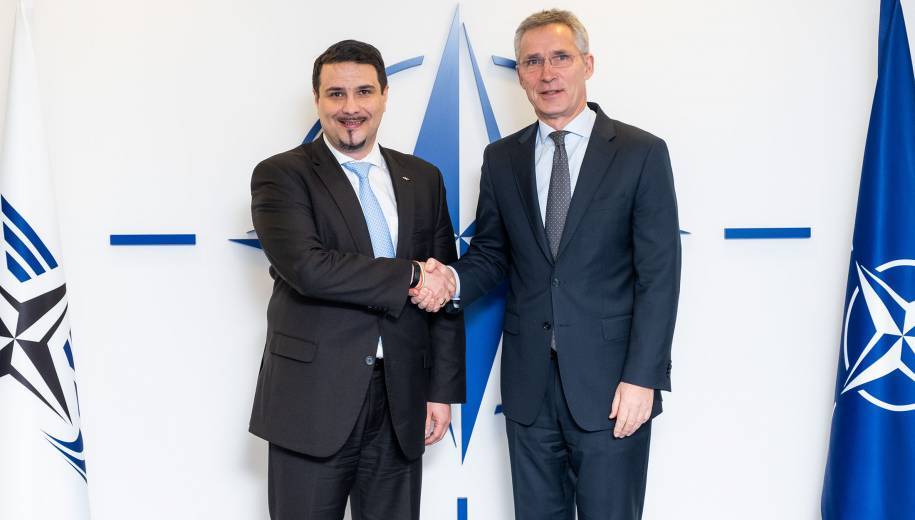 “Secretary General Stoltenberg and I discussed the situation in Belarus, which we both watch very closely.

The people of Belarus – and no one else – must determine their own future. They must be able to choose their own political leaders freely and without fear of violence. I am therefore concerned about the ongoing violations of human rights in Belarus. I urge Minsk to fully respect its international commitments and fundamental rights, including freedom of expression and the right to peaceful assembly.

I strongly believe open dialogue across the political spectrum and the whole of society is the way forward to resolve national political differences and fulfill the democratic aspirations of the Belarusian citizens.

Regrettably, the North Atlantic Alliance has been painted as posing a threat to Belarus’ sovereignty, integrity, and independence, which has been used as a pretext to crack down on peaceful protest. I condemn this in the strongest terms.

The NATO Secretary General has made clear repeatedly that NATO does not pose a threat to Belarus and has no military build-up in the region. NATO must always remain vigilant and stand ready to protect and defend the citizens of the Alliance. But it will also always remain a strictly defensive Alliance.”

The NATO PA will hold a webinar discussion on the situation in Belarus on 14 September.