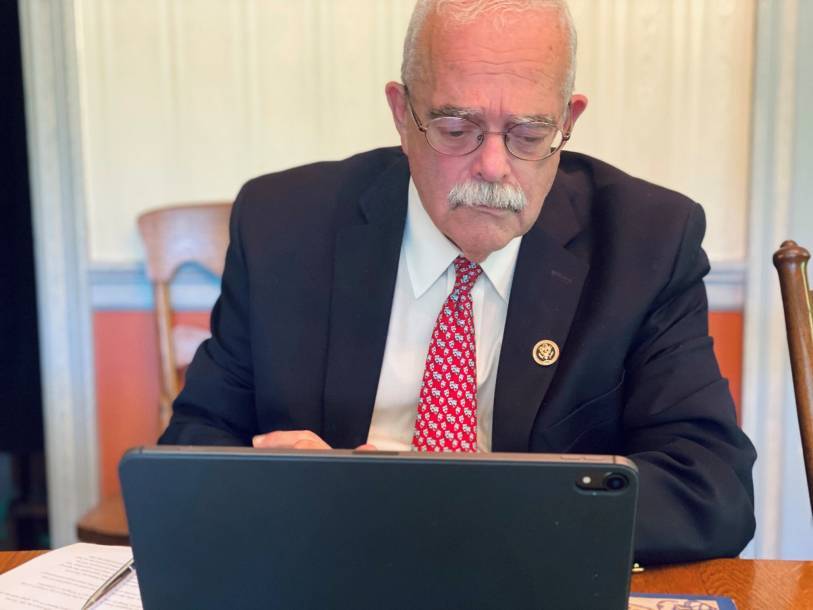 Mr Connolly also updated Mr Stoltenberg on developments in the United States following the storming of the Capitol building on 6 January and ahead of tomorrow’s inauguration of Joseph R. Biden as the 46th President of the United States.

“As I explained to the Secretary General, the planned and organized armed insurrection at our Capitol was not just an assault on the United States. It was an assault on the symbol of freedom and democracy for the world”, Mr Connolly commented after his conversation.

“However, democracy prevailed that day as my colleagues and I returned to the House chamber to complete our constitutional duty and certify the election of Joseph R. Biden as our next President. By doing so, we affirmed that the United States lives by the rule of law, not by the rule of the mob.

The lesson we should all draw from these events is that democracy is fragile. We must constantly work to protect it, expand it, and strengthen our ability to resist and counter attempts from within and from without to undermine it.”

President Connolly has made strengthening the commitment to the Alliance’s democratic values a key priority of his presidency since his election at the helm of the institution in November 2020.

In particular, he discussed with the NATO Secretary General the possible creation within NATO of a Centre of Excellence on Democratic Resilience to assist member and partner nations to strengthen their democratic institutions. This proposal, which Mr Connolly has been advocating within the Assembly, has been endorsed in the report by the NATO Secretary General’s Group of Experts on NATO 2030.

The Assembly’s contribution to the NATO 2030 reflection process and to the anticipated revision of NATO’s Strategic Concept as well as strengthening the transatlantic bond are the other key priorities Congressman Connolly set for his presidency.  President Connolly assured the NATO Secretary General he would be working hand-in-hand with the bipartisan US delegation to the NATO PA and the Biden administration on reviving the unique and irreplaceable transatlantic alliance.