NATO PA President urges de-escalation in the north of Kosovo 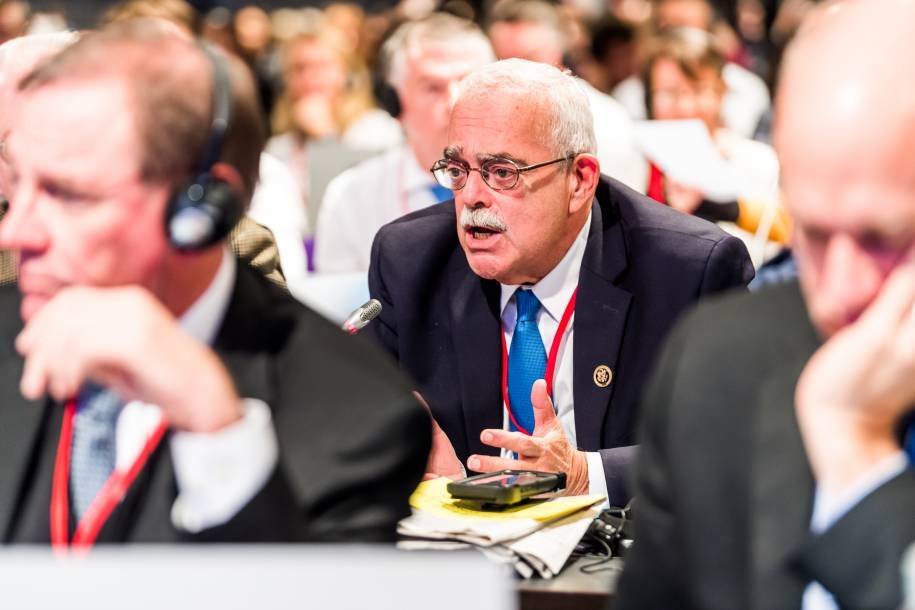 The President of the NATO Parliamentary Assembly, Gerald E. Connolly (United States) issued the following statement concerning the situation in the north of Kosovo:

“I have been following the recent events in the north of Kosovo with great concern. I call on Belgrade and Pristina to de-escalate the situation without delay. The special police units recently deployed must be withdrawn, and the barricades that have been erected must be removed. I encourage all actors on the ground to act responsibly, exercise utmost restraint, and refrain from violence. Security and freedom of movement for all must be guaranteed.

Provocative statements and actions are only detrimental to the interests of all communities. Instead, a return to dialogue is necessary to promote the safety of the local communities and the stability of Kosovo, Serbia, and the wider region. I call upon my colleagues in the National Assembly of Serbia and the Assembly of Kosovo to play their part in helping de-escalate this dangerous situation.

I also urge leaders in Belgrade and Pristina to recommit to open, constructive and peaceful negotiations in the EU-sponsored framework. Such exchanges are critical to defusing the current tensions, addressing differences and agreeing on a durable and mutually beneficial way forward.

I am grateful to the men and women of NATO’s Kosovo Force (KFOR) for continuing to provide a safe and secure environment and freedom of movement for all residents of Kosovo. KFOR has earned the trust of all sides and plays an essential role in support of stability in Kosovo and the broader Western Balkans region.”