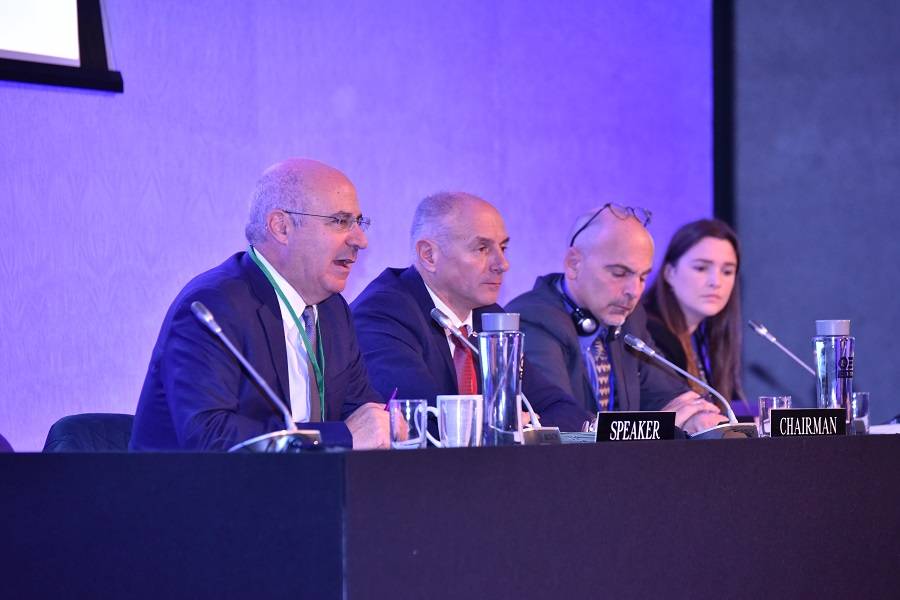 London, 12 October 2019 – Lawmakers from across the NATO Alliance heard Saturday how targeted sanctions against corrupt officials, pro-Kremlin oligarchs and human rights abusers could be a powerful tool in countering Russian anti-Western activities.

“They keep their money in the West […] NATO is a military organisation but we don’t have to use military force anymore because these guys have put themselves at risk by having all their money in safe countries that we have authority and jurisdiction over” said Bill Browder, CEO at Hermitage Capital Management.

Browder was a driving force behind the U.S. Magnitsky Act. That law originally targeted the overseas assets of Russian officials implicated in the murder in jail of his lawyer, Sergei Magnitsky. The legislation was later expanded to cover human right abusers and corrupt officials worldwide.
NATO nations Canada, Estonia, Lithuania, Latvia, and the United Kingdom have adopted similar legislation and the European Union is considering its own version of the law.

U.S. Congressman John Shimkus was one of several lawmakers who urged more countries to pass such laws.
“When there is opportunity to work for the good, I think all our colleagues should use that opportunity and create a unity that the trans-Atlantic community really tries to continue. This Magnitsky Act could really help us to do that” Shimkus told the NATO PA’s Economic and Security Committee. “I’m ready to use targeted sanctions against thugs and crooks.”

Browder explained that targeted sanctions such as the Magnitsky Act had the advantage of not targeting the Russian people as a whole, only a corrupt and criminal class.

“There is a criminal regime that is occupying the country. If one imposes sanctions on the whole country you are punishing the victims of the occupation,” Browder said.

“I’m not sure that’s fair or right […] because the elite always can fly in planes full of caviar and champagne while everyone else is starving. That is the beauty of the Magnitsky Act. It’s targeted” he added. “Just going after one crook doesn’t touch the people of Russia.”

Several lawmakers agreed. “If you have targeted sanctions, that would seem to be the best way forward” said Richard Benyon, head of the British delegation.