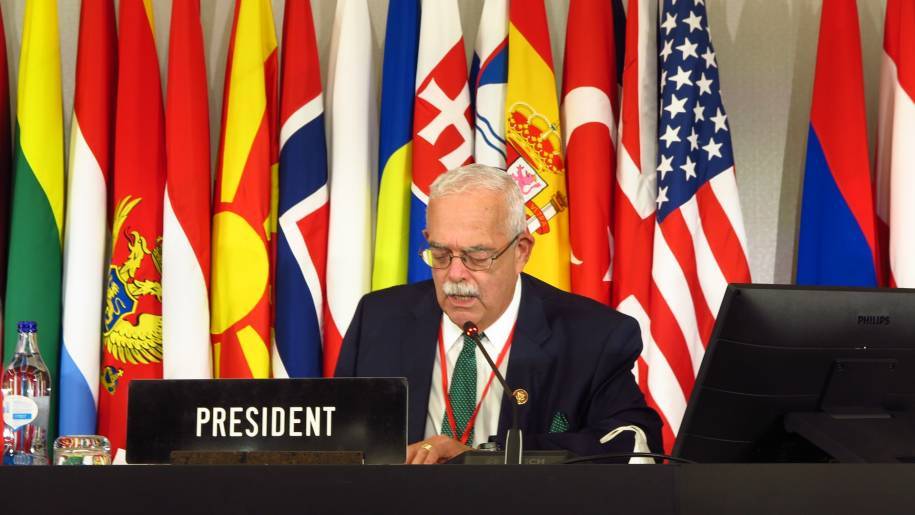 After fresh reports of a repeat military build-up by the Russian Federation near the border with Ukraine, NATO PA President Gerald E. Connolly (United States) issued the following statement:

“I have followed with great concern recent reports on Russia’s renewed reckless and provocative military build-up close to the borders of Ukraine.

In the spring, Moscow engaged in the largest massing of troops since its forcible and illegal annexation of Crimea. Most of these combat-ready forces never left. Now, Russia once again appears to be concentrating a massive number of forces to intimidate and threaten Ukraine.

The Russian Federation must avoid any further provocation or aggressive actions, which would threaten Euro-Atlantic security.

A return to responsible behaviour and diplomacy by the Russian Federation is the only way to deescalate and reduce tensions. Moscow must also exercise full transparency in its military troop movements.

Our Assembly stands in full solidarity with Ukraine. We continue to firmly support Ukraine’s independence, sovereignty and territorial integrity.

Russia must stop its deliberate destabilisation of Eastern Ukraine, including through daily human rights and ceasefire violations, its constant aggression against Ukraine and its democratic institutions, and withdraw from Crimea, whose forcible and illegal annexation the Assembly will never recognise.

Given the gravity of Russia’s actions, Allied governments and parliaments as well as the whole international community must use all diplomatic tools at their disposal to maintain pressure on Russia and to visibly demonstrate their support for Ukraine.”