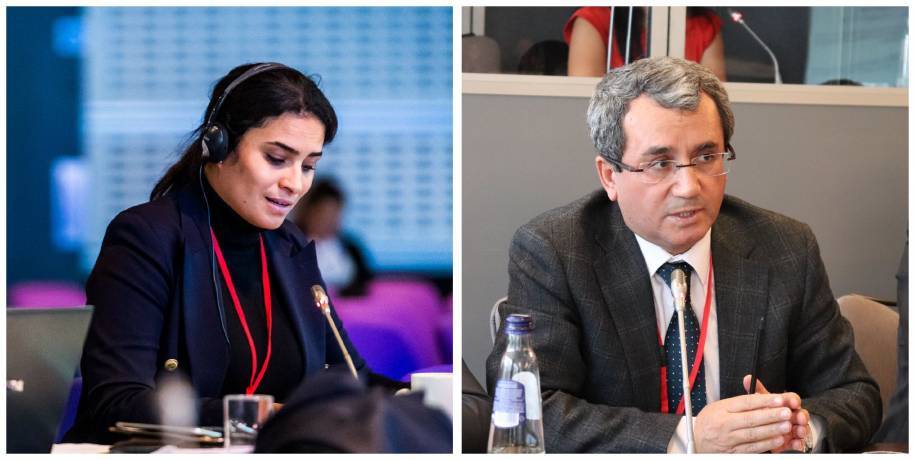 The COVID-19 crisis highlights the need for more concerted cooperation between NATO and the European Union (EU) a report drafted for the NATO Parliamentary Assembly argued Monday.

Despite the increasing scale of joint NATO-EU activities, their partnership “remains predominantly tactical rather than strategic”, said a draft report authored by Sonia Krimi, a French member of parliament, for the Assembly’s Political Committee (PC).

Due to the ongoing COVID-19 outbreak, members of the Committee met online. The meeting was presided over by Lord Campbell of Pittenweem (UK), Chairperson of the PC. Over 40 legislators from NATO member and partner parliaments and from the European Parliament attended the meeting.

Introducing the report, the rapporteur stressed that NATO and EU are natural partners and their security is inextricably linked. She welcomed the progress made since the signing of the NATO-EU Joint Declaration in 2016, but warned against complacency as the return of geopolitics and centrifugal trends within the Euro-Atlantic community test the foundations of NATO-EU partnership.

Ms Krimi argued that Europeans “are fully aware that they must do more for their own security and defence.” She urged all Allies to respect the Defence Investment Pledge in its three dimensions: cash, capabilities and commitments. She further argued that the "European pillar", made up of a stronger European Union with an effective Common Security and Defence Policy, will contribute to a stronger NATO and that the Union's defence modernisation ambitions complement NATO's capacity development efforts.

In addition to developing further synergies between NATO and EU officials, Ms Krimi highlighted the need to nourish the sense of belonging to the same community through regular political dialogue at the highest level and joint statements, exercises, and projects. She suggested that the development of the strategic NATO-EU partnership should be a key theme of the “NATO 2030” reflection initiative.

“We all need to forge a new consensus on common political goals and the strategy to achieve them, including acting in concert vis-à-vis those who undermine our solidarity and our values”, Ms Krimi concluded. She reminded her colleagues that the NATO Parliamentary Assembly offers a space for frank and open dialogue on strategic issues for European and North American lawmakers.

In this spirit, Allied parliamentarians – including the representatives of Greece and Turkey – discussed, in a frank and open manner, the situation in the Eastern Mediterranean as well as ways for the EU and NATO to take into account the interests of non-EU members of NATO and non-NATO members of the EU.

Allied Parliamentarians also discussed the evolving security and political situation in the Gulf. Turkish lawmaker Ahmet Yildiz introduced a draft report where he stressed that the Gulf security environment, already volatile years before the pandemic, is at risk of further deterioration as a result of the health crisis and the sharp drop in oil prices. “The devastating COVID-19 pandemic threatens to upset the fragile balances of power in the region”, the report warns.
Mr Yildiz noted that the Gulf region continues to be haunted by the rivalry between Iran and the Kingdom of Saudi Arabia and its allies as well as tensions between Iran and the United States.  The fact that the Gulf Arab community remains split over Qatar further complicates the regional security environment. The conflicts in Syria and Yemen continue to divide the region, allowing terrorist organisations to find safe havens.

The Turkish lawmakers noted, however, that waves of escalation in the Gulf tend to be mitigated by simultaneous efforts to diffuse tensions: despite occasional inflammatory rhetoric, all regional actors stand much to lose from a full-fledged war in the region. “That said, the continuation of this trend in the Gulf security dynamics should not be taken for granted”, the report warned.

Mr Yildiz commended the fact that mutual understanding between NATO and the Gulf countries has improved dramatically thanks to frameworks such as the 2004 Istanbul Cooperation Initiative. Through these partnerships, NATO offers a broad range of education, training, and capacity building opportunities. NATO also benefits significantly from this cooperation, as Gulf partners have participated in operations in Bosnia and Herzegovina, Libya, and Afghanistan.
The rapporteur recommended Allied nations to pay more attention to supporting Iraq, which may be on the verge of a serious political and economic crisis. He also stressed the need for NATO’s involvement in the Gulf to be carefully calibrated given the multifaceted sensitivities of the region. He also drew the parliamentarians’ attention to China’s attempts to exert influence in the region through its so-called “mask diplomacy”.

Mr Yildiz urged the Allies not to overlook the human rights situation in the Gulf monarchies. Severe human rights violations such as the murder of Jamal Khashoggi require strong international reactions, the rapporteur argued.

The Turkish lawmaker concluded by noting that the COVID-19 pandemic put regional confrontations in the context of broader, more fundamental challenges to mankind. “Humanitarian cooperation could become the basis for future broader regional reconciliation. This opportunity should not be wasted”, Mr Yildiz said.