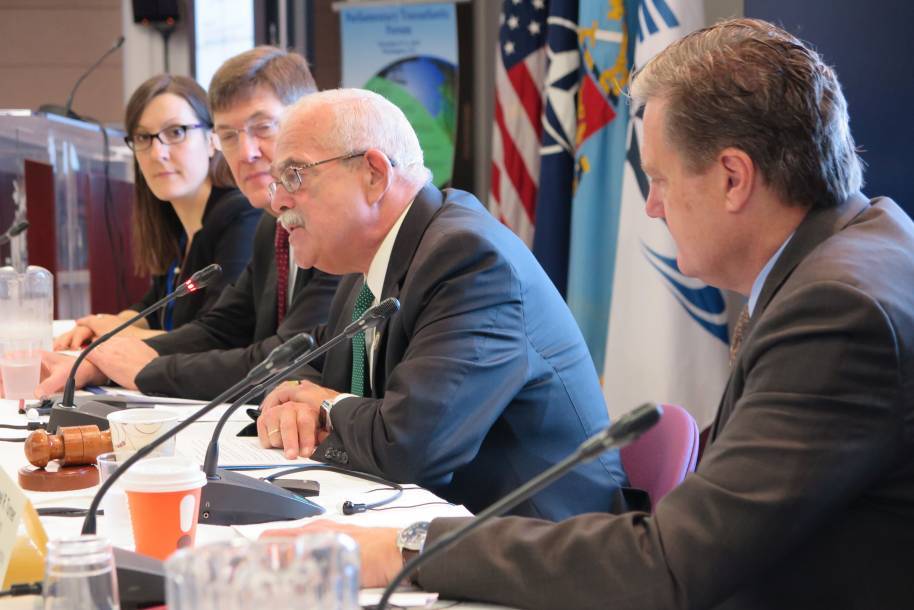 Brussels / Washington D.C., 16 December 2019 - From 9 to 11 December, over 100 national parliamentarians gathered in Washington for the 19th Annual Parliamentary Transatlantic Forum. Delegates represented 22 NATO member countries, two EU member states, and the Republic of North Macedonia, which is in the final stages of accession to NATO. The NATO Parliamentary Assembly meeting was organised in cooperation with the Atlantic Council and the National Defence University (NDU), the Forum’s host.

NATO PA Vice President Richard Benyon (United Kingdom), NDU President Vice Admiral Fritz J. Roegge, and Damon Wilson, the Executive Vice-President of the Atlantic Council, opened the meeting. All three stressed the importance of the Parliamentary Transatlantic Forum, which is the single largest annual meeting of parliamentarians from NATO member states in the United States. The Forum was held under the Chatham House Rule to ensure frank and robust discussions among the delegates, experts, and government officials.

The outcome and implications of the NATO Leaders’ Meeting held the previous week in London were of central concern to all participants. Key issues included the continuing challenge of achieving a fairer sharing of burdens within the Alliance, Russia’s aggressive actions, which constitute a threat to Euro-Atlantic security, and the persistent threat of terrorism.

In a week where Congressional leadership agreed on the National Defense Authorization Act for fiscal year 2020, NATO PA lawmakers discussed US leadership and defence priorities. Leaders of the US Congressional delegation to the NATO PA discussed the state of the transatlantic relationship with their European and Canadian counterparts. They emphasised the strong bipartisan support for NATO as strongly underlined by the NATO Support Act in January 2019, which passed with 357 to 22 votes in the House of Representatives.

Russia’s behaviour came under close scrutiny. The Forum took place only a few days after France, Germany, Ukraine, and Russia met in the Normandy Format to address the situation in the Donbass region of Ukraine, therefore, the evolving political and security situation in Ukraine and Russia’s role in Eastern Ukraine was of particular topical interest. Russia’s ongoing nuclear modernisation programmes pose significant risks to Euro-Atlantic security. These threats were therefore discussed in detail, as were their likely impact on nuclear arms control.

Regional security developments with implications for the Alliance were also central to discussions.  Most importantly, members discussed the security situation in the Gulf and the Middle East, in particular the situation in Syria, the state of terrorist groups across these regions, and Iran’s destabilising actions and nuclear programme. As US President Donald J. Trump had put peace negotiations with the Taliban back on the agenda a few weeks earlier, delegates had the opportunity to get deep insights into the security and political situation in Afghanistan, where NATO leads the mission to train, advise, and assist the Afghan National Defense and Security Forces.

After NATO leaders took a first step to recognise China’s impact on the Alliance at their December 2019 meeting, members of the Assembly explored China’s growing international influence, which presents both opportunities and challenges to the Alliance.

The meeting also included lively discussions on several domestic developments in Allied countries and the importance of the shared principles and values of democracy, individual liberty, human rights, and the rule of law, all of which lie at the heart of NATO’s collective strength.

Speakers at the Forum included senior US government officials, the leaders of the US Congressional delegation to the NATO Parliamentary Assembly, and a range of well-known experts from Washington’s university and think tank communities.