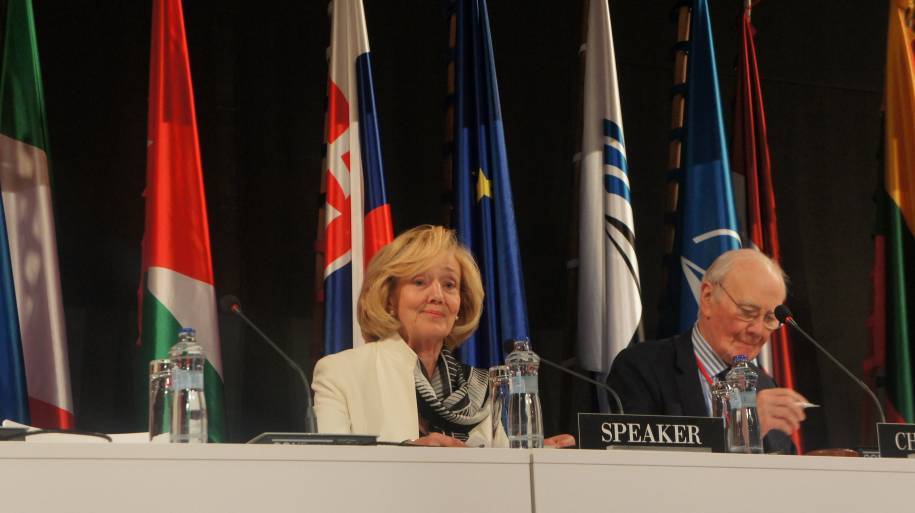 Bratislava, 2 June 2019 – NATO nations were urged Sunday to consider playing a bigger role in regional security in Africa as extremist groups, ravaged economies, unemployment, and climate change push people to flee their homelands in search of better lives in Europe.

In a draft report presented to the NATO Parliamentary Assembly’s Political Committee, Portuguese lawmaker Julio Miranda Calha underlined the challenges facing sub-Saharan Africa, and in particular the Sahel nations, many of them neighbours of conflict-torn Libya.

The draft highlights the connection between security challenges emerging in the Magreb and Sahel, and persistent instability in places further south like the Democratic Republic of Congo or the Central African Republic. The links coalesce and can spark big refugee movements, trafficking and extremism.

With Africa’s population set to double by 2050, the report points out the impact this instability will have on European allies, as thousands of African people move north and attempt the potentially perilous Mediterranean Sea crossing to Europe, mostly via Spain this year, but also through Italy.

While noting that NATO’s ability to influence the root causes of crime, extremism and migration is limited, Miranda Calha insists “there are some ‘low-hanging fruits’ where the Alliance’s engagement could make a positive impact on security in Africa.”

Miranda Calha urges NATO nations to share more intelligence on regional security developments together, as well as with partners involved in African security issues. NATO’s “Hub in the South” could play an important role, Miranda Calha suggests, and he encourages Allies to provide more resources to ensure the smooth operation of the Naples-based facility.

“Greater intelligence sharing between Allies, NATO partner countries and other international organisations is key to ensuring that NATO is adequately prepared to face the challenges on its southern flank,” Andreychuk told the committee in Bratislava on Miranda Calha’s behalf.

NATO can also help bolster weak governments and provide support to local peacekeeping missions. In this, the Alliance could work more closely with the European Union – already playing an important role in state building – the UN, African Union, and regional bodies like the G5 group of Sahel nations.
British member of parliament Tanmanjeet Singh Dhesi warned that “if we leave a void […] then the likes of China, Russia and others will continue to build cordial relationships, extract resources in exchange for building infrastructure, and increase their sphere of influence and leave us far behind.

Using feed-back from the committee, Miranda Calha will develop the draft report’s recommendations and present them at the NATO PA’s next Annual Session in London in mid-October for endorsement. They will then be shared with members of the military Alliance.