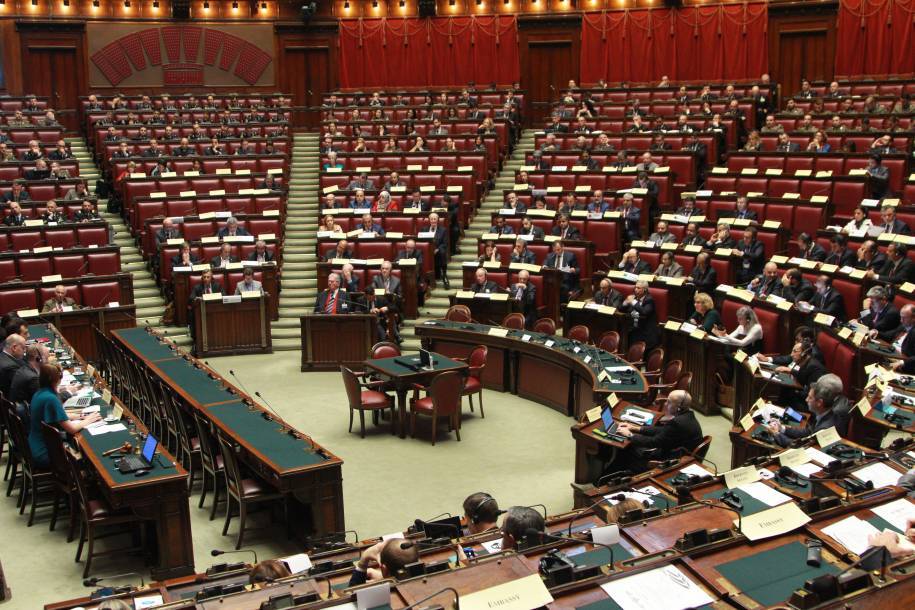 Brussels, 29 November 2017 - Coping with the complex security problems arising in the MENA region requires multi-faceted approaches for the simple reason that the challenges themselves are highly complex and resist simple solutions.

This was was one of the central insights of a Joint Seminar of the NATO Parliamentary Assembly’s Mediterranean and Middle East Special Group (GSM)  and the Sub-Committee on Transatlantic Defence and Security Cooperation (DSCTC) held in Rome, Italy on 23-24 November.

Laura Boldrini, the President of the Chamber of Deputies told the audience that in meeting these challenges, NATO countries have to be sure to uphold democratic values premised on the rule of law and human rights.

Italy’s Prime Minister Paolo Gentiloni added that international solidarity was also an essential tool. He noted that Italy has shouldered a great burden by responding with compassion to the ongoing migration across the Mediterranean, but that the response to challenges on this scale need to be European and transnational.  Many of these of the region’s difficulties, he added, are not simply military in nature, and thus cannot be solved by military means alone. Resolving the region’s myriad problems demand multilateral approaches, the Prime Minister suggested. He also said that people-to-people exchanges are needed to build trust throughout the Mediterranean and suggested as an example that an ERASMUS-like exchange program for the region would foster new solidarities among young people that will be essential for long term stability.

François Burgat, the  Research Director at CNRS (French National Center for Scientific Research), said that seeking to build resilience against terrorist attacks is important as is mustering ideological arguments to counter narratives that undergird growing radicalism in the region. But the most important challenge lies in no longer producing terrorists and this demands addressing root causes including economic and political marginalisation. He suggested that the West tends to focuses more on the 'hows' and less on the 'whys' and that this has led to an unbalanced approach to the problem of terrorism. More listening is needed, he suggested.

The indivisibility of security was also mentioned in the context of ongoing tensions in Libya. Giuseppe Perrone, Italy’s Ambassador to Libya  noted that there had been a disconnect between progress in political reconciliation talks and the situation on the ground. This was largely because militia forces have not been properly engaged and have not bought into the process. As  a result Libya’s security situation remains highly fragmented, although some progress has been made, for example, in the struggle against human trafficking.  More could be achieved, however, if government authority were unified within a single state apparatus.

In his remarks on extremism in the Sahel Francesco Strazzari, a Professor at the Scuola Superiore Sant’Anna in Pisa, suggested that the primary catalyst for radicalisation is the faltering services extended to citizens and the sense of insecurity this nourishes. Climate change, corruption and land ownership disputes have all contributed to a broader sense of alienation and helped foment social tensions. He warned that Western governments need to understand that these fundamentally local issues, rather than international jihadism as such, are the primary drivers of rebellion in the Sahel and are contributing both to radicalization and migration. Dr Fransje Molenaar, a Research Fellow at the Netherlands Institute of International Relations cautioned that current Western policies to stem migration could, in fact, be having the opposite impact insofar as these approaches are undermining local economies in places such as Agadez in Niger. A more holistic and helpful approach would be premised on finding ways to make local societies more economically viable and secure.

The GSM Seminar, which the Assembly organised in conjunction with the Italian Delegation to the NATO PA, considered a range of topics including the situation in Libya and North Africa, the migration crisis, the situation in Syria and Iraq, the terrorist threat to Europe and the Western Balkans, and countering radicalisation and violent extremism. Participants also considered and adopted a report presented by Senator Andrea Manciulli on the threat posed by ISIL/Daesh and Al Qaeda to Europe. That report (draft version) is available on the NATO PA website. One hundred members of parliament from 35 countries attended the Seminar, including MPs from NATO Member and Associate Member States, associated Mediterranean countries, Gulf states and countries on the southern rim of the Mediterranean.

The Mediterranean and Middle East Special Group of the NATO Parliamentary Assembly is a forum through which MPs from NATO Member States and MPs from Middle Eastern and North African countries meet to discuss political and security issues and promote cooperation. The group provides a forum for dialogue with countries in the Mediterranean area that are not members of NATO.