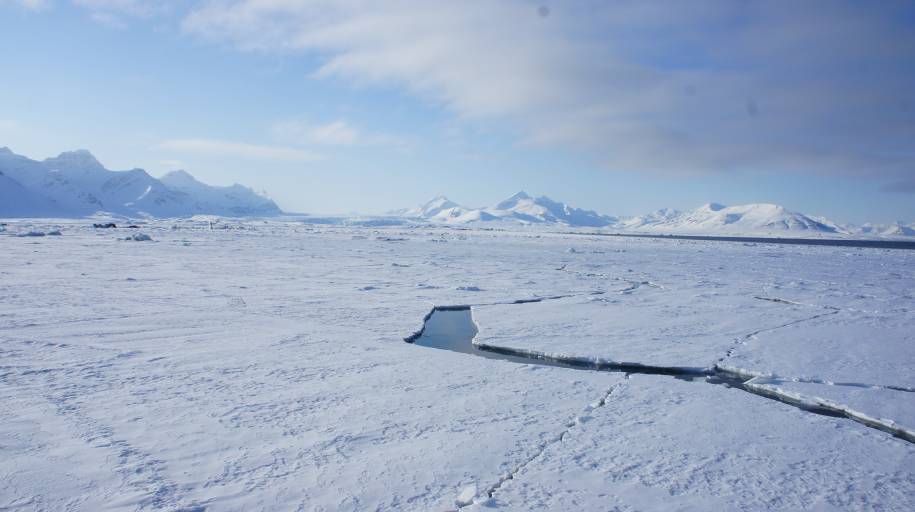 Brussels, 17 May 2017 - The Arctic is warming twice as fast as the global average. This will have severe global repercussions, including in the security realm, NATO Parliamentarians were informed during a recent seminar organized by the NATO Parliamentary Assembly and the Norwegian Parliament in Svalbard, Norway, on 9 and 10 May 2017.

More than 50 members of parliament from 18 member and partner nations were joined by senior government officials including, among others, Vidar Helgesen, Minister of Climate and Environment and Marit Berger Røsland, State Secretary in the Norwegian Ministry of Foreign Affairs, as well as leading scientists and academics to discuss the changing climate in the Arctic and the implications for regional cooperation and security. Kjerstin Askholt, Governor of Svalbard, explained the archipelago’s unique status as defined by a treaty signed in Versailles in 1920, accords full Norwegian sovereignty over Svalbard; it now gives the 45 signatories the same opportunities to commercial operations on the islands as Norway.

“What happens in the Arctic, does not stay in the Arctic,” Noted Vidar Helgesen, Norwegian Minister of Climate and Environment. According to latest estimates, the Arctic will be largely ice free by the late 2030s, thereby profoundly weakening the Arctic’s function as a global cooling system. This will have consequences in far-away places such as Bangladesh, where up to 17 million people are expected to be relocated because of rising sea levels.

“Climate change is a security risk multiplier globally” and will have direct impact on Europe, Minister Helgesen warned. He reminded participants that Europe is surrounded by fragile states and the Syria crisis had been amplified by one of the worst water crisis in the country’s history. Moreover, terrorist groups are using access to water as a weapon. “We face a civilisational challenge”, Minister Helgesen suggested. Human civilisation developed when the climate was stable, but now it is not. "Our climate system is changing so rapidly that our ability to predict is decreasing", Kim Holmen from the Norwegian Polar Institute added.

Sturla Henriksen, CEO of the Norwegian Ship Owners’ Association, reminded participants that melting ice and the receding permafrost will increase access to the plentiful resources available in the Arctic region. At the same time, climate change will make existing Arctic infrastructure, such as pipelines, railways and roads, more vulnerable. He expressed concern that the retreating ice will lead to increasing human activities while the existing support systems are insufficient to deal with this. The speaker underlined the need to expand existing infrastructure, particularly Search and Rescue capacities.

Marit Berger Røsland stressed that "the way forward in the Arctic is predictability, stability and cooperation". In this context, the State Secretary also referred to the Arctic Council, noting that Norway is willing to include the observers of this organisation more in its activities and work. More generally, tensions remain low in the region and an institutional and legal framework is in place to manage potential areas of contention, she noted. In a similar vein, Oyvind Halleraker, Head of the Norwegian delegation to the NATO PA, emphasised that the High North has been an area characterised by stability and cooperation, including with Russia. It is in the interest of all parties that this continues.

Participants also raised questions about Russia’s activities and intentions in the Arctic as Moscow is expanding the number of its military bases and its infrastructure in the region. Several speakers, including Professor Lassi Heininen at the University of Lapland, highlighted that “the Arctic is the destiny for Russia” because of the region’s importance for its economic development and for its national security. Others expressed concern that Russia is militarising the Arctic. Whether or not this requires a response from NATO, possibly by increasing the footprint of the Alliance in the region, was debated but no consensus emerged other than a general agreement that cooperation should be pursued whenever possible.

Professor Michael Byers at the University of British Columbia identified a potential future need to be concerned about Russia’s actions and presence in the Arctic. He cautioned, however, that a NATO presence could exacerbate tensions. Others, including Minister Helgesen, did not consider NATO engagement in the Arctic in contradiction with developing a constructive, peaceful relationship with Russia. He welcomed greater engagement of the Alliance. State Secretary Røsland emphasised that NATO needs to increase its situational awareness in the region. The speaker also noted that bilateral relationship between Norway and Russia should focus on practical cooperation where possible.

Sverre Engeness, Head of the Norwegian Coast Guard, argued that Russia and Norway have common interests in the exploitation of the Arctic resources. For decades, Norway has followed a policy of engagement and cooperation with Russia, especially in the Arctic. Although Norway, along with the other Allies, established a set of sanctions against Russia following the annexation of Crimea in 2014, cooperation between the Norwegian Coast Guard and Russia in the Arctic region continue.

Minister Helgesen captured the broad theme of the event by noting more thought needs to be given to the correlation between climate change and other issues driving global development and stability.

The visit to this Arctic archipelago provided a unique opportunity for parliamentarians to meet with Norwegian and international experts working on a wide range of Artic challenges. The seminar also offered participants information on Arctic research at the University Centre Svalbard and the Svalbard Global Seed Vault. Participants also visited the SvalSat, the Svalbard Satellite Station, the world’s largest commercial satellite ground station.

Seminar participants continued their deliberations during two separate events in Oslo and in Kirkenes, a city close to the Norwegian-Russian border. The Sub-Committee on Transatlantic Defence and Security Cooperation (DSCTC) visited Kirkenes where they were briefed on Norwegian Arctic security priorities and Norwegian-Russian border cooperation. The Sub-Committees on Transatlantic Economic Relations (ESCTER) and on Transatlantic Relations (PCTR) continued their discussions in Oslo, where they met senior Norwegian officials, including Minister of Defence Ine Eriksen Søreide. Several independent experts also addressed Norway’s security priorities in the High North, as well as energy security challenges.